Brothers Tom and George Bentham are throwing themselves in at the deep end with a bizarre canoe challenge.

The pair will paddle a canoe from one side of the country to the other as a tribute to their late father Mark, a chef and sailor.

The brothers had never even sat in a canoe before until they bought a two-man vessel last month to start training.

Their aim is to raise £15,000 for East Cheshire Hospice and Macmillan which cared for Mark, from Broken Cross, who died of cancer in September 2019, aged 58. 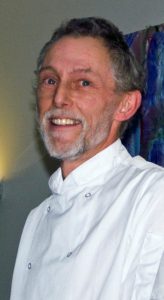 Mark Bentham who was a keen chef and sailor.

Tom and George are looking for sponsors for September’s aqua adventure when they hope to paddle 184 miles over nine days.

Tom, also a chef, said: “Dad became a chef by cooking on private yachts around the world and was also a passionate sailor.

“Being on the water opened up his love of food and sea food. He also ran a restaurant and then went into the food production side.

“One of his favourite passions was taken from him when his aggressive throat cancer quickly spread to his stomach, preventing him from eating.

“Our canoe challenge isn’t just about our dad and his story. It’s about trying to raise that target to thank the charities. 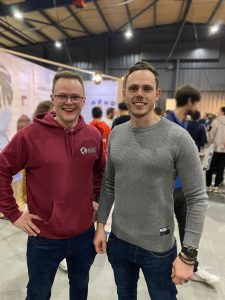 Brothers George (left) and Tom Bentham who are canoeing across the country.

“George and me looked at each other during dad’s time with East Cheshire and saw the figure of £7,500 on the door, the amount needed every day to keep the Hospice going.

“We said for everything they’ve done we owe them and need to do our part to support and pay them back as a thank you. Our fundraising is about supporting them because they supported us all, when you truly need it.

“Hopefully, we can raise awareness for the charities because like so many things until you rely, or need these services, you don’t actually appreciate how valuable they are.

“We decided to do the thing we least wanted to do to take us out of our comfort zone. It’s a fairly large expedition and is going to need a lot of planning, time and commitment.

“It’s also going to require all sorts of skill and I’m sure pain, blood, sweat and a few tears along the way. But it seems the only thing that does credit to East Cheshire Hospice and Macmillan.