More than 40,000 Covid vaccinations have been carried out at Andrews Pharmacy this year – many of them by nurses from East Cheshire Hospice.

Hospice staff have joined retired GPs and retired nurses, pharmacists and a paramedic giving jabs at the pharmacy on Kennedy Avenue, Macclesfield.

Every Tuesday two nurses from the Sunflower Centre, which had to close during the pandemic, have administered doses, with the Hospice compensated for loaning staff.

It is part of a huge vaccine roll-out at Andrews, one of the first three community pharmacies nationwide to begin inoculations in mid-January.

The operation has involved more than 170 staff and volunteers, with up to 600 jabs a day. The Oxford-AstraZeneca vaccine was given until mid-May when the Pfizer jab was added for under 40s.

Lindsey Rial, HR and Business Manager at Andrews, said: “It’s been non-stop and the first few weeks were relentless but it’s been so rewarding. The look on people’s faces when they come for their vaccine makes it all so worthwhile.

“We had to apply to become a vaccine clinic and prove we could do it. Obviously, we’ve kept our core business going, running the dispensary so customers can collect prescriptions as normal.

“With such a big logistical challenge, including car parking and marshalling, there were bound to be minor bumps along the way but the positives far outweigh the negatives.

“Effectively, we had to cut the shop in two – one half for the pharmacy and the other a waiting area, fielding calls and giving jabs.

“We’ve vaccinated seven days a week on occasions and may carry on giving the Covid vaccine until March after we’ve also handed out flu jabs. ”

Andrews donated surgical masks to the Hospice early in the pandemic and held a live Zoom concert which raised £2,000 for the charity. A bake sale is also planned.

The independent pharmacy also vaccinated Hospice staff unable to attend NHS slots. The business was founded by Andrew Hodgson more than 30 years ago and also has shops on London Road and in Tytherington.

Andrews offered a free delivery service to those shielding at the start of the pandemic, with scout leaders among its many volunteers.

Lindsey said: “We want to thank everyone for their amazing help. It’s a great team effort and we’re delighted to have supported the Hospice and worked so closely with them.” 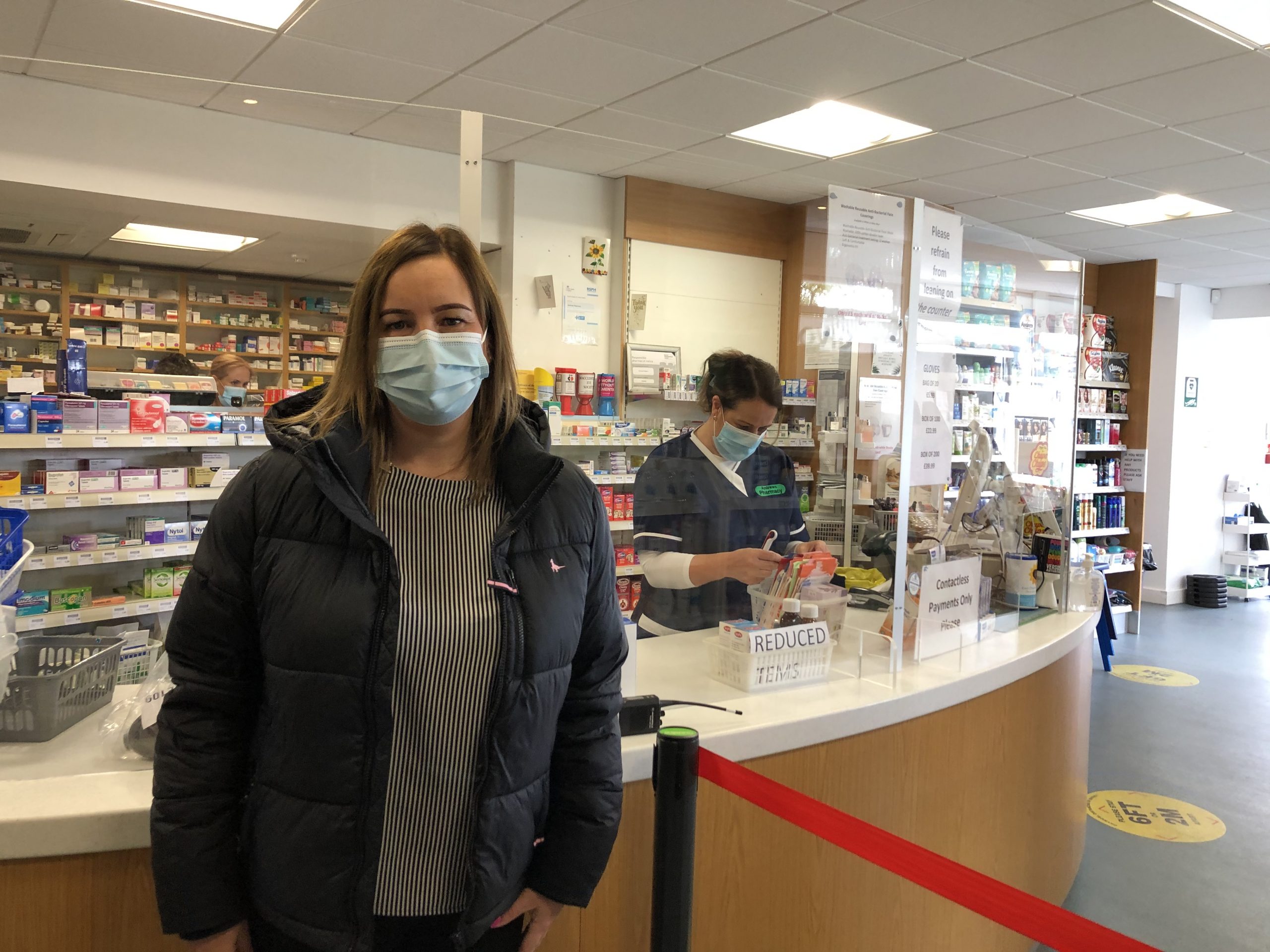