Fictional fighter pilot Biggles is back in the skies for his next heroic adventure – this time as fearless flying grannies.

Age is no barrier for the five fundraisers who will climb on top of a classic 1940s Boeing Stearman biplane for a wing walk next month.

Health and safety requirements prevent them from wearing helmets, goggles, sheepskin jackets and scarves for their aerial stunt in aid of East Cheshire Hospice.

The outfits belong to Hospice volunteer Barbara Spivey who, at 74, is the oldest of the granny squadron.

She has run Spivey’s Web, a fancy dress shop on Chestergate which also sells unusual gifts, for 30 years with daughter Donna.

Donna has declined the challenge, unlike her brave mum who sported the outfits with fellow wing walkers to promote the flights.

Barbara said: “I’m an avid traveller and always fancied a wing walk. I went close to Everest base camp aged 64 and have visited places like Iran, Kazakhstan and South America. Travelling is the be all and end all for me and I’ve a friend who runs wildlife tours.”

Barbara has been a ward volunteer at the Hospice for 15 years but has been unable to help here for more than a year because of Covid restrictions.

Her late sister-in-law was cared for in a local hospice, persuading Barbara to become a volunteer.

Friend Jacky Macleod is also taking part in the wing walk at an airfield in Gloucestershire on Monday, June 21.

Jacky said: “I was a trolley dolly a long time ago and am trying not to think about being strapped to the top of a plane.”

Between them, the women have 18 grandchildren, eight of them for Hospice health care assistant Pam Webster.

Pam said: “I did a sky dive 15 years ago and it was brilliant. A wing walk has been on my ‘to do’ list and one of my grandchildren is convinced I’m going to fall. Another has said I’m mad, while my mum wonders what on earth I’m doing.”

Colleague Caroline Allen and complementary therapist Gill Black are the other grandmothers  sponsored for the challenge.

Gill said: “I like to do a challenge every year and have done a Firewalk before. I’m nervous, don’t like heights and am not too keen on flying. However, I’ll probably feel better on the outside of a plane rather than the inside.” 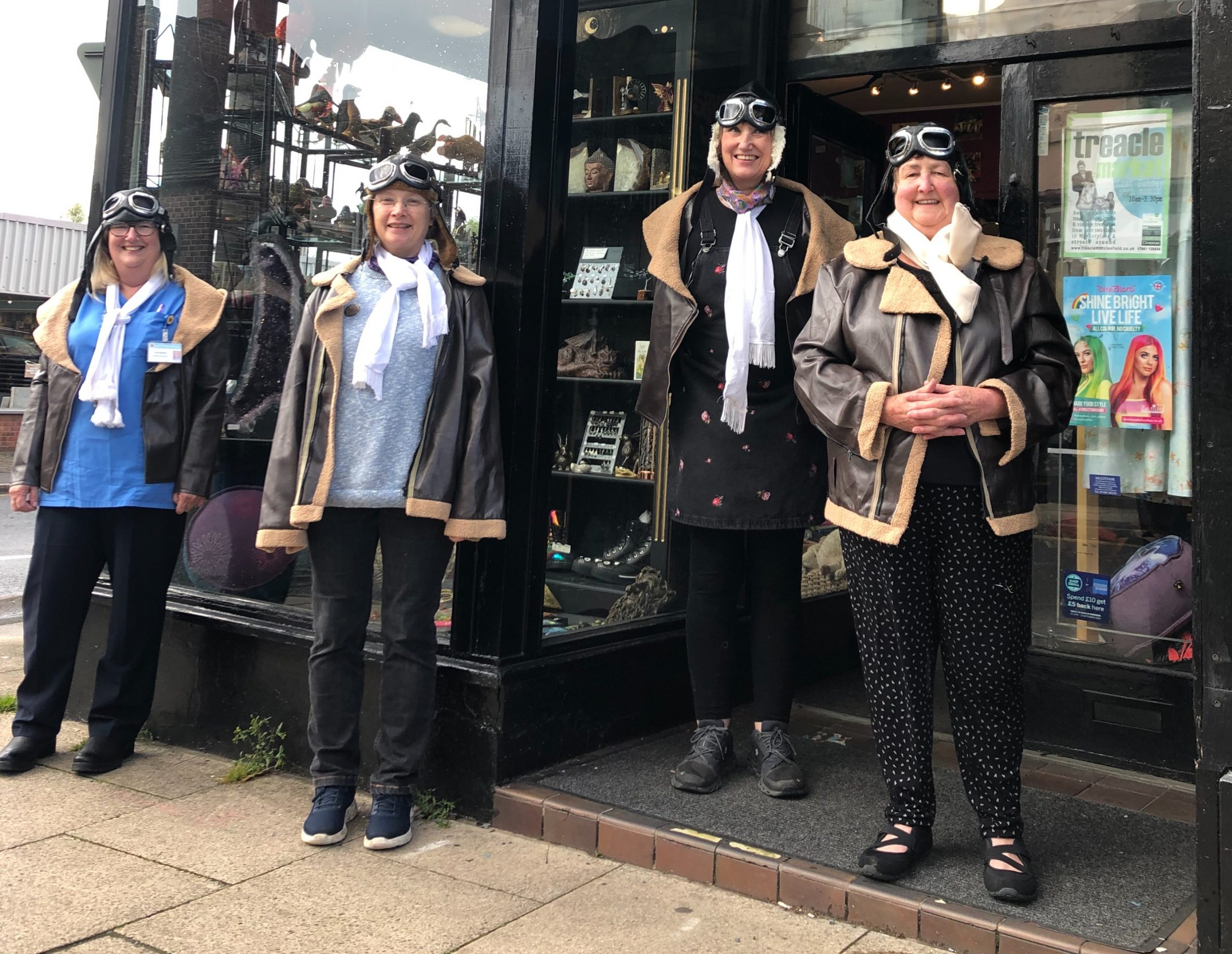