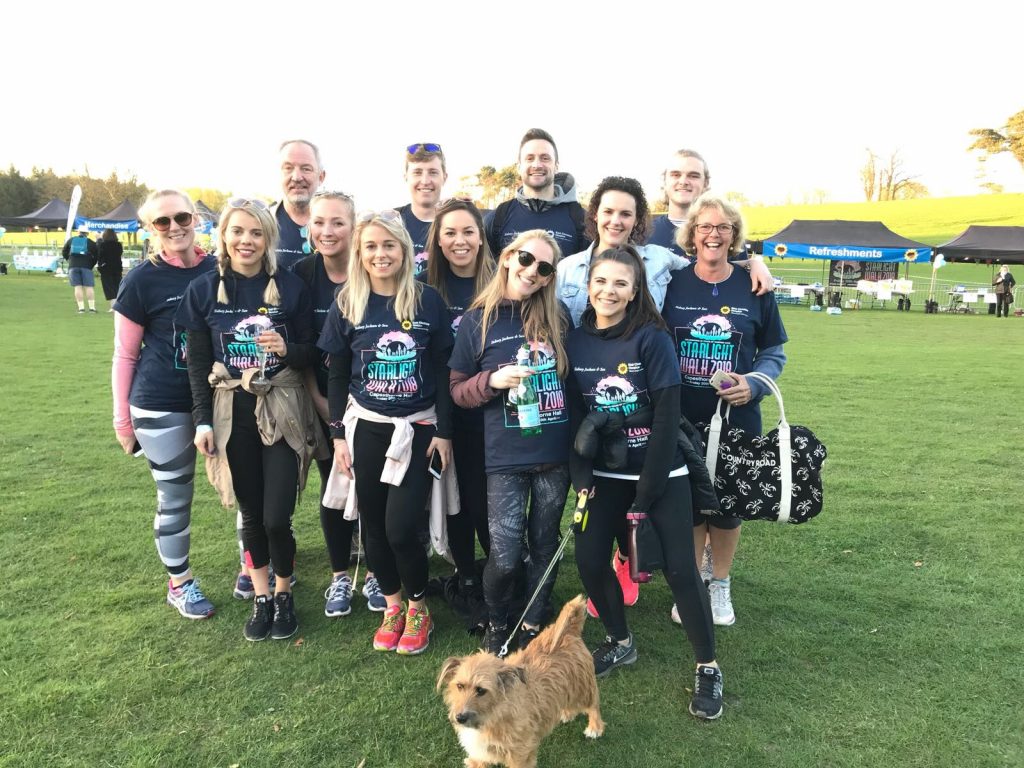 A group of family and friends will be walking to light up the night in honour of a “phenomenal” individual.

The 13-strong group will be taking part in East Cheshire Hospice Light Up the Night Walk, formerly known as the Starlight Walk, in memory of Lucy Nicholls who spent her final days at the Hospice in February 2018.

Lucy, from Macclesfield, was a Coaching Development Officer for England Netball and was diagnosed with non-Hodgkin lymphoma in the Autumn of 2016.

Her friend, Esme Pogue, says the walk is a special event on a range of levels.

“There’s a great sense of community which comes from everyone taking part whether they’ve lost someone or not,” says Esme. “The walk generates our own thoughts and memories of our loved ones and we are able to do something together to support each other.

The walk through the grounds of Capesthone Hall takes place at dusk on the evening of Friday April 5 and alongside the walk, there will be music, entertainment, food and drink and the evening will come to a spectacular end with a firework display to Light Up The Night.

The group will include members of Lucy’s family including father Geoff and step-mum Carolyn along with her brother Benjamin and sister Emily, as well as some former school friends from Fallibroome Academy in Macclesfield.

“We all did the walk last year which was only a couple of months after Lucy passed away. Although it was emotionally challenging, it was really important to have that special time together to remember her,” says Esme.

“We raised almost £2500 on that walk so we had no hesitation in signing up to help raise some funds again for such a good cause. The staff at the Hospice were incredible and brought a lot of comfort to her family at such a difficult time,” says Esme who has set up an online fundraising page at justgiving.com/fundraising/lightupthenight2019 or people can also donate via text: text ELCN72 with the amount i.e. £5 to 70070.