One of our longest serving volunteers Elspeth Julian has retired after 33 years with the Hospice.

Elspeth, from Prestbury, has been an adult bereavement counsellor almost since the day the Hospice opened its doors in 1988.

It also gave colleagues the chance to thank her for her vital role helping countless families who have lost loved ones.

Reluctantly, Elspeth was absent from her part-time duties for more than a year because of the Covid-19 restrictions.

She said: “I’ll miss being part of such a worthwhile organisation with its welcoming atmosphere but all good things come to an end I suppose.

“When the Hospice was setting up bereavement services I was invited to join a small group of volunteers to visit the relations of patients who had died there.

“I’d been a social worker, and a Samaritan, and so had some experience of counselling skills. Back then, we went out into the community and saw people in their homes, so quite a lot of travelling was involved.

“After I left my job as a special needs teacher 18 years ago, I underwent formal training to become a counsellor.

“There’ve been lots of changes over the years and the bereavement service is far more structured now with children’s services as well as those for adults.”

Elspeth now has more time to spend with husband David, their three children and four grandchildren. She enjoys playing Bridge, visiting Dorset and is looking forward to travelling further afield again as soon as possible. 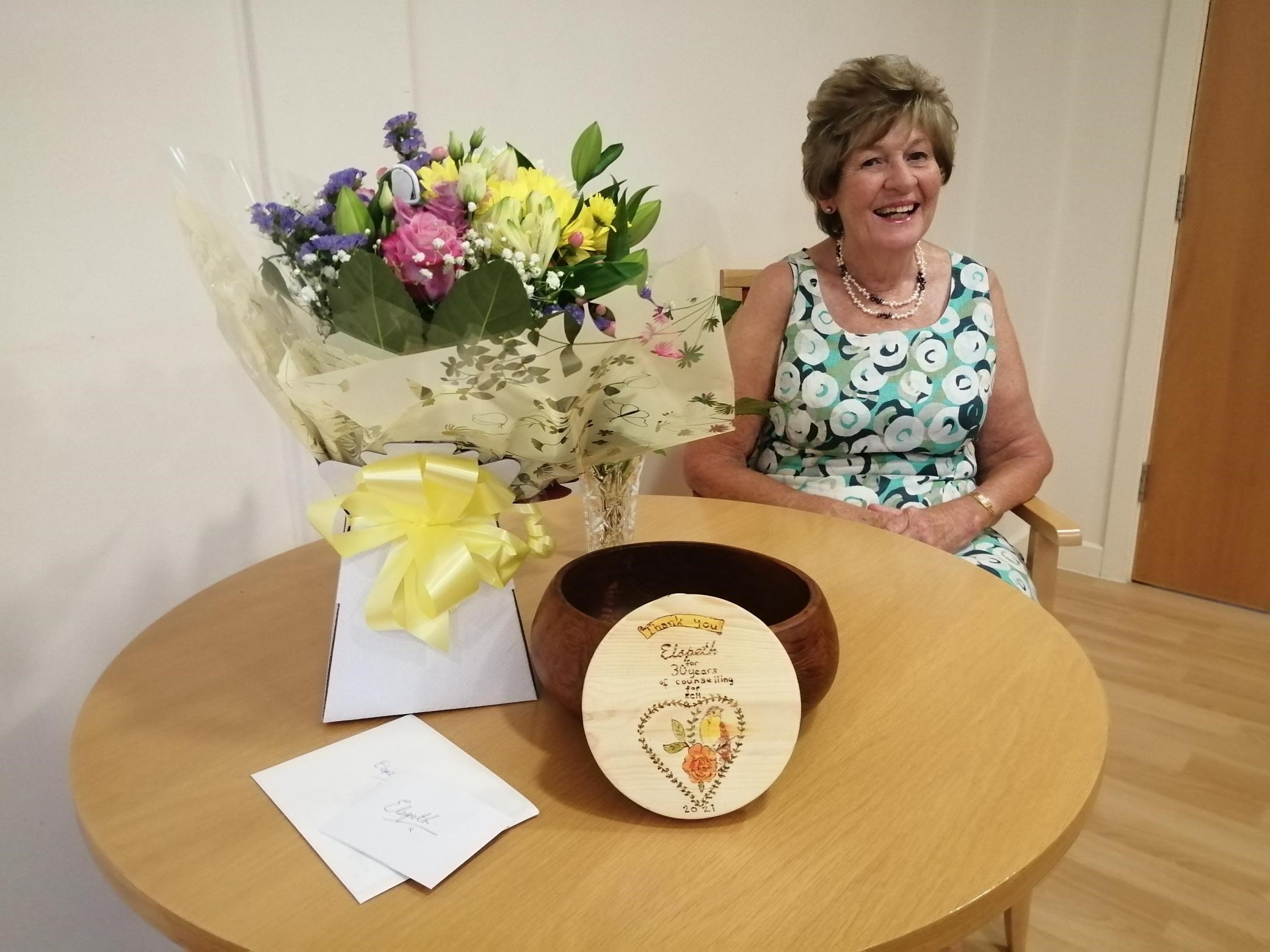 Elspeth Julian who is retiring after 33 years as a volunteer at East Cheshire Hospice.

Elspeth added: “I’m humbled that people have chosen to talk about their problems. The greatest joy has been feeling that I may have been of some help at such a difficult time.

“My message to anyone bereaved is that if you feel there’s something worrying you that you can’t happily talk to friends and family about, then consider speaking to a counsellor who will listen non-judgementally and not give advice but help you find your way through.”

Helena Smith, the Hospice’s Voluntary Services Co-ordinator, said: “The work Elspeth has done for the Hospice not only supports the people she directly counsels, but ripples out into their families as their resilience grows.

“These ripples, both big and small spreading out across the 30-plus years she’s volunteered for us, adds up to a remarkable contribution to our community.”