The 32nd anniversary of East Cheshire Hospice brings back lots of happy memories for one of its longest-serving supporters.

Thelma Jackson MBE has been fundraising for the Hospice since before it was formally opened by husband and wife MPs Sir Nicholas and Ann Winterton in May, 1988.

A journey which includes countless functions, from garden parties to masked balls and even making jam on her farm near Prestbury. 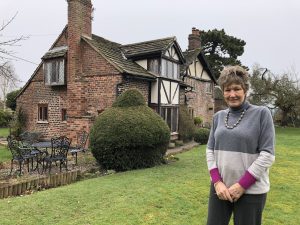 Thelma said: “I was there right from the start and helped Mavis Ridgeway who was chair of fundraising.

Thelma and her husband Jimmy asked for donations to the Hospice rather than presents when they celebrated their 25th wedding anniversary in 1990.

Thelma added: “Jimmy was busy running the garage, but was always there supporting me. I enjoyed the fundraising. There was lots of camaraderie and everyone would muck in. It was fun and very satisfying.”

Her father-in-law Sidney, who established the business 100 years ago, died two months before Thelma and Jimmy got married.

Thelma explained: “I was a farmer’s daughter from Morley Green  and Jimmy’s cousin was our milkman. One day my father said he wanted a van so Jimmy came to the farm which is when I met him.” 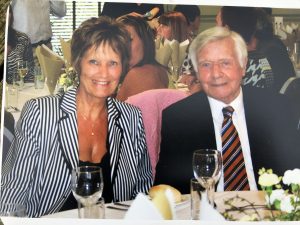 Thelma and Jimmy Jackson pictured in 2009.

The couple’s younger son Tim is now MD of the business and his son George is also learning the car trade.

Jimmy was too ill to join Thelma at Buckingham Palace when she received the MBE from the Queen in November 2013.

He died of cancer five months later, aged 85, shortly after attending a party for the Royal honour at the Village Hall in Prestbury where Thelma is a founding trustee.

She was the last Mayor of Macclesfield borough and the first Mayor of the town council, her 13-year service ending when she stepped down to care for Jimmy.

Thelma is still a parish councillor for Prestbury, a role Jimmy filled for 35 years.

Thelma said: “We both cared very much about Prestbury and the Hospice was always close to our hearts. We were lucky and wanted to help people less fortunate than ourselves.” 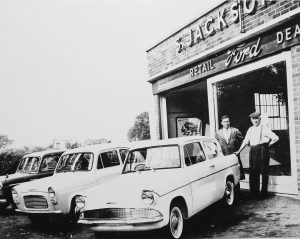 Jimmy and his father Sidney Jackson outside their original two-car showroom. Their first cars were a Ford Popular and a Zephyr.