Gritstone Trail Challenge is Especially Poignant for Mike and Sam

The day after the pair had completed the 35-mile Gritstone Trail they learned that Faith Mitchell, wife of their close friend Ash, had died of cancer sarcoma, aged 33.

Faith was a patient at East Cheshire Hospice and was the inspiration behind their challenge which has already raised more than £2,500 for the Hospice.

Mike is head coach at Silk Fitness Therapy which is part of the Hospice’s 500 Club in which members pledge to raise £500 a year for three years.

Mike said: “We heard the tragic news about Faith on the afternoon following our walk which became quite poignant in the end.

“Faith’s illness was diagnosed three years ago and she fought until the end. She’ll be missed terribly and was well looked after by the Hospice.”

Silk gym owners Fabio and Kate Mazzieri and nutritionist Bex Ward joined the pair for the second half of the walk.

The hilly journey from Disley to Kidsgrove took more than 14 hours and is usually spread over three days.

Fellow gym member Carole Barough accompanied Mike and Sam for the first leg of the trip.

Mike said: “It was tough, especially as it was a hot day, but good fun. I realised early on my bag was too heavy and luckily gym members Fran Wilkie and Jo Prescott met us and took some things to lighten the load.

“Sam has done a lot of cycling and has lots of stamina, but neither of us has walked that far before and it was quite surreal near the end.

“We didn’t have much more to give, but knowing Fabio had a cool box full of cold beers in his car at the finish got us through it.

“Faith was our main motivation for the challenge, but Silk is also a proud member of the 500 Club so that was another reason to raise funds.”

* To sponsor them visit justgiving.com/fundraising/SFT. 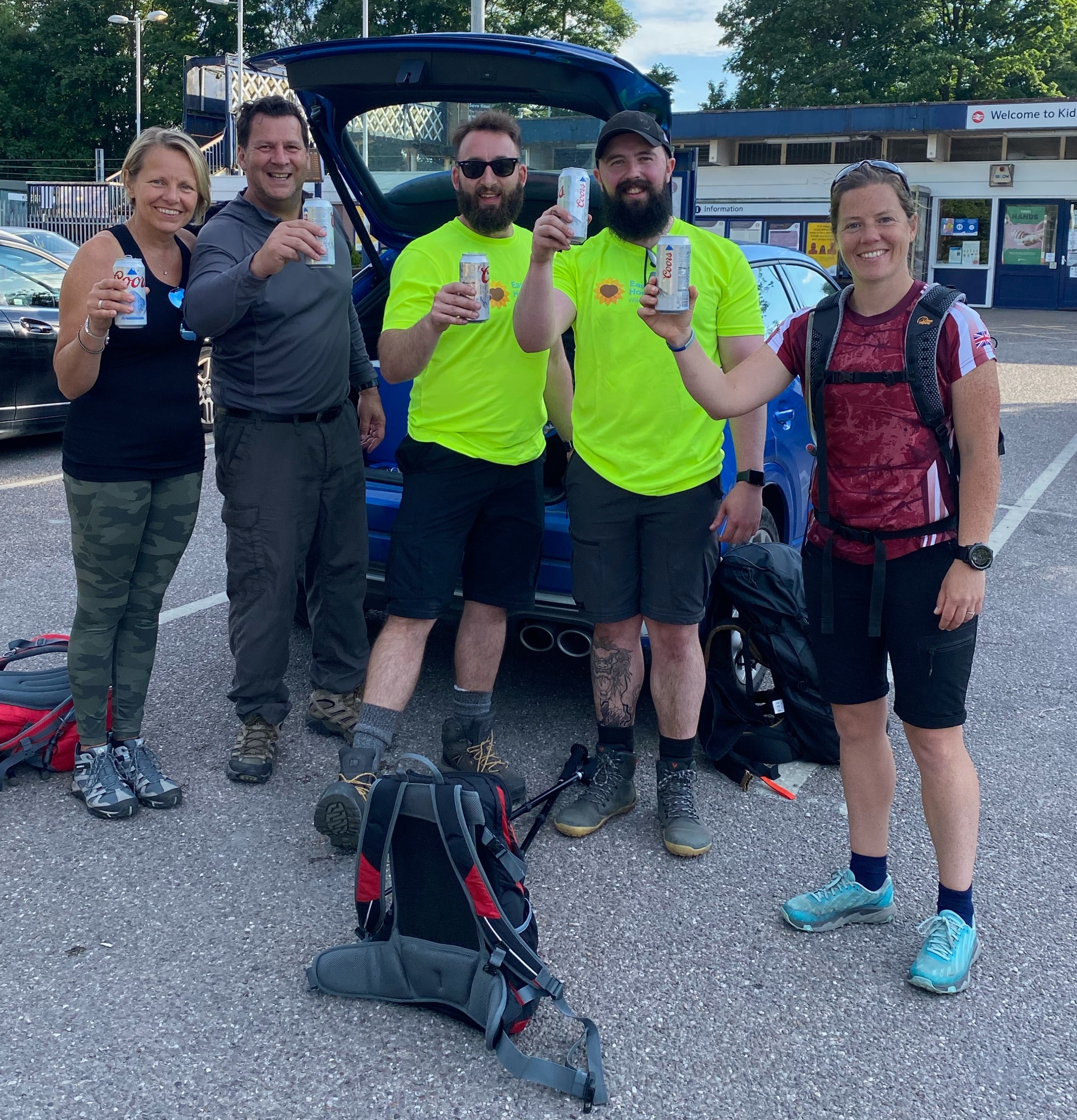