The long-awaited return of fundraising events has come as a welcome relief for East Cheshire Hospice. The charity held a Drive-In Cinema and a Firewalk last month after a two-year break from events due to the pandemic. The previous formal event staged by the Hospice was a Tough Woofer dog walk back in October 2019. 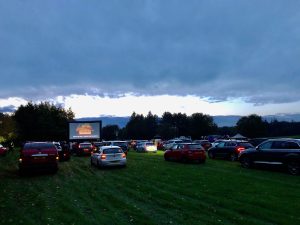 The Drive-In Cinema at Capesthorne Hall.

Thankfully, since then generous individuals and local groups have rallied to support the Hospice with donations and with their own fundraising initiatives. The Hospice stresses that it still requires that much-needed public support to continue during difficult financial times.

Meanwhile, it is making plans for more official community events in 2022, on top of those already announced.

Challenge Events Coordinator Bethan Wade said: “We’re glad to be back – it was such a huge relief to be holding events again.

“It’s been such a frustrating time, but October 2021 was a big milestone for us with the Drive-In Cinema and Firewalk. 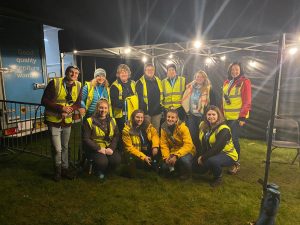 The East Cheshire Hospice fundraising team at the Drive-In Cinema 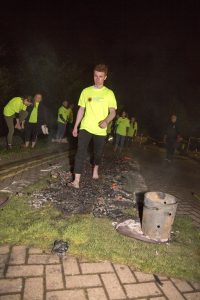 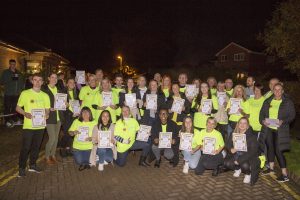 “Both were very successful and it felt good to be in touch with the community again. We made sure all necessary safety precautions were taken, including social distancing measures.

“Like everyone else, we’re keeping a close eye on the number of Covid infections locally and nationally. “We will adapt our plans accordingly if necessary, but hopefully the worst is over and 2022 will be a much better year for us all in so many ways.”

The quiz group who regularly support the Hospice held another of their competitions last Friday. The annual Christmas tree collection will be held on the weekend of January 15-16, although registrations are not yet open. This year’s collection was delayed for three months until lockdown restrictions were eased, but still raised a staggering £150,000.

Around 1,000 trees were collected in April – a seventh of the total that would have been recycled had the collection been on time in January.

Supporters who had not even registered their trees for collection made donations to help out the Hospice.

The Memory Miles walk will be on Friday, March 25, at Adlington Hall. By then it will be three years since the charity last staged this popular mass participation event which has been postponed four times.