The roots of Bill North’s love of gardens go back to his days as a teenager.

His first job was as an apprentice horticulturalist and he spent his entire career involved in parks and gardens in some capacity.

Bill eventually retired as head of leisure at the then Macclesfield Borough Council in 2009.

He is one of several East Cheshire Hospice supporters opening up their gardens to the public this summer to raise funds for charity.

Bill and wife Julie entertained visitors at their beautiful garden on Kennedy Avenue as part of their annual support for the National Garden Scheme.

Bill said: “I dote on my garden and spend hours in it. I love it and genuinely feel better when I’m outside.

“I was very fortunate that my hobby was my career and once our garden is sorted at the start of the year it’s a matter of mainly keeping on top of it.

“We’ve a covered area where we love entertaining. That’s why we’re pleased to be coming out of lockdown because we can start to have people round again like before.”

The couple have now decided to hold a second Open Gardens day on Sunday, August 15, with proceeds in aid of the Hospice only. Find out more here. 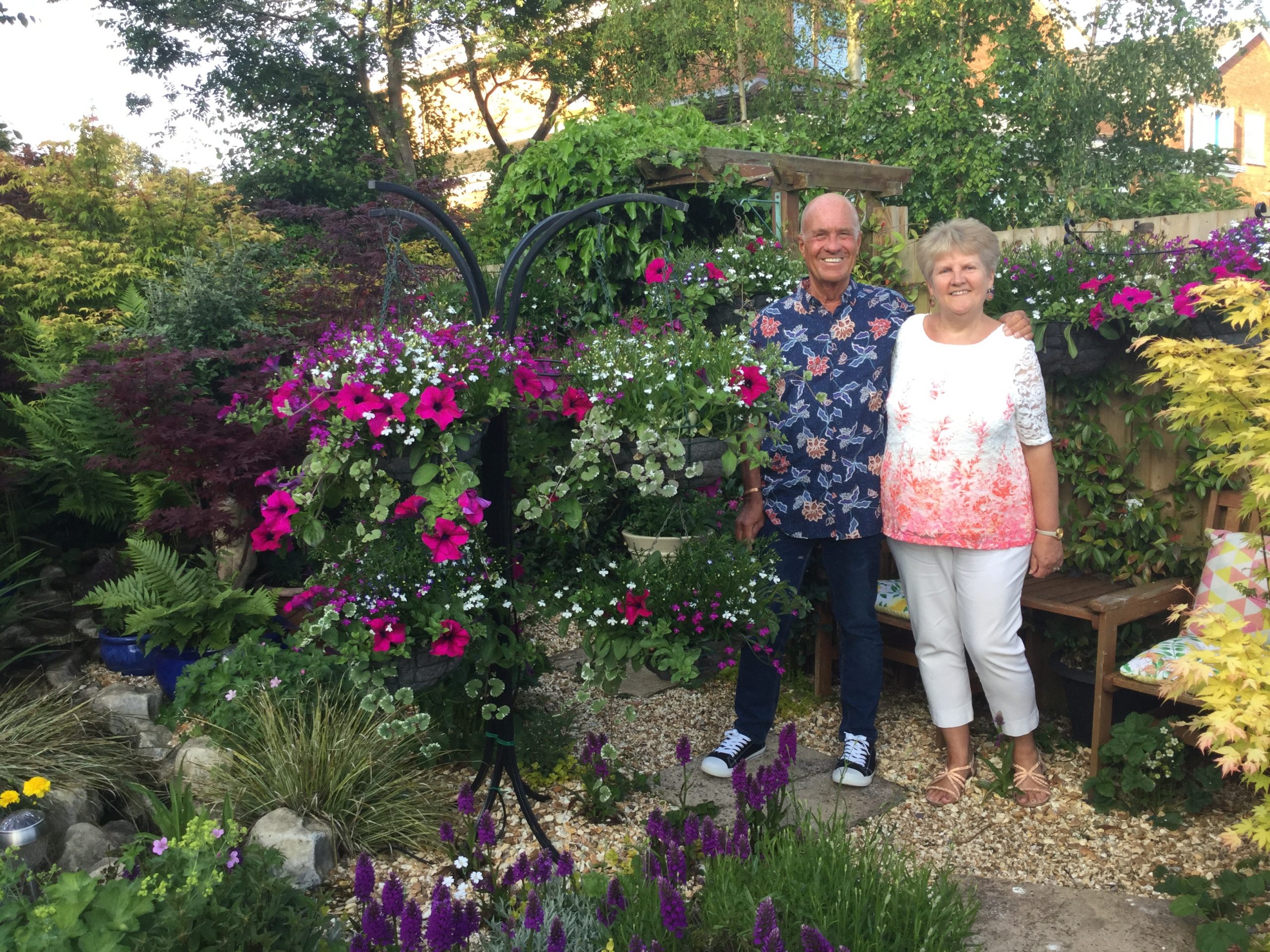 Gardeners’ world….Bill and Julie North in their back garden.