Eight-year-old Amelie Axford will be putting her best foot forward to get her fundraising journey off to a great start next month. 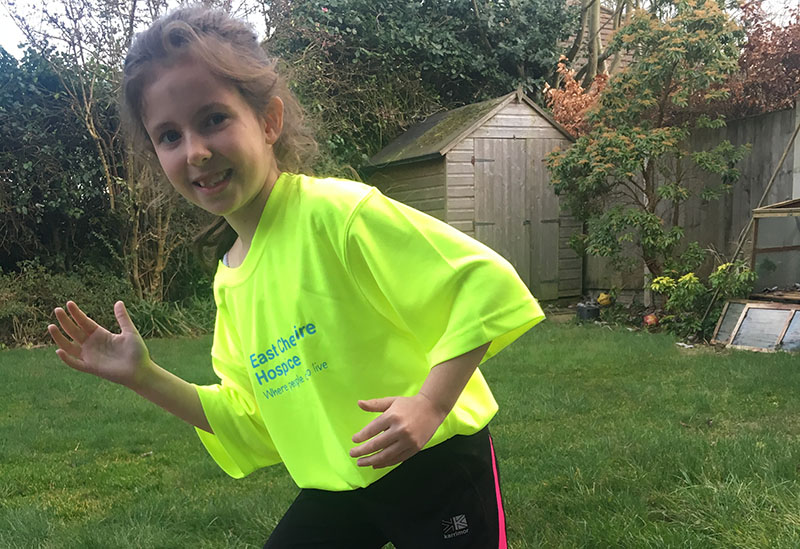 Amelie will be dedicating part of her family holiday in Cumbria to tackle a short but tough and hilly two-mile run in aid of East Cheshire Hospice.

The run, at Centre Parcs, was Amelie’s idea after she and her fellow pupils at Mossley Primary School in Congleton took part on the Snowman Sprint before Christmas. The sprint gave Amelie the idea to help the Macclesfield charity further and with mum, Kate and dad, Jamie, both keen runners, the sports-mad schoolgirl decided a sponsored run would be her next step.

“She was watching a video online about young people and social giving and was determined to do something for the Hospice,” says mum, Kate.

“I’m so delighted she’s taking her own initiative to raise funds for the Hospice which impacts on a lot of people in our community,” says Kate.  “My mum’s best friend, Jennifer Boulton, spent some time there before she passed away so it’s a place that is important to so many and it’s wonderful to think that Amelie recognises this too.”

And Amelie says: “It’s a fantastic cause”.