A taxi ride home after running for almost 17 hours was welcome relief for Victoria McKibben and Jake Crabtree.

The couple had run 50 miles from their Bollington home to Cannock Chase in Staffordshire to raise funds for East Cheshire Hospice.

They had intended to keep going for 24 hours but fatigue took over so they reluctantly completed the last part of their journey by taxi from Stoke, having completed 70 miles.

Victoria, a primary school teacher, said: “We’d set off at 10 am and ran most of the way along canals and country lanes, stopping only for short walking breaks. 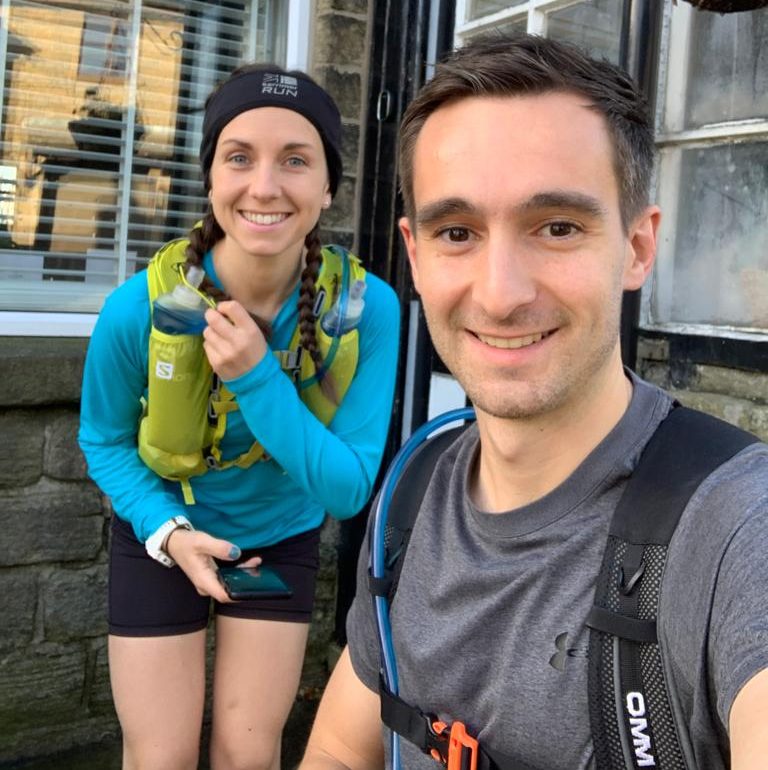 Victoria McKibben and Jake Crabtree setting off on their 17-hour run.

“We tried to get all the way back to complete 100 miles but our bodies suddenly started to seize up at 2.30 am when the cold hit us. I could feel my eyes closing as we were running.

“We were chuffed to run 20 miles further than we’ve done before and beat our fundraising target by raising £1,025 for the Hospice.”

They had entered a challenge to run from Meriden in Warwickshire, but that was cancelled because of lockdown so they joined a substitute event in which runners attempted to run for a day from home.

Hospice Marketing Manager Amy Chatwood said:  “What an amazing effort by Victoria and Jake and everyone at the Hospice sends them our heartfelt thanks. They pushed themselves to the limit and we’re humbled and surprised at the lengths fundraisers go to raise money.”