A bride’s wedding day is always special, but for Toni Walsh it was an even more emotional occasion.

She knew her husband Tim Longden had only days left to live.

The Macclesfield couple were married at East Cheshire Hospice in February 2020, weeks after Tim had been diagnosed with a brain tumour.

They had been together for 12 years, having known each other for 20 years.

Toni popped the question while Tim lay in a hospital bed, just before he was told nothing more could be done.

Tim was transferred to the Hospice where the chaplain made wedding arrangements for the following day.

A social media appeal for help to make their day special prompted a flood of donations. 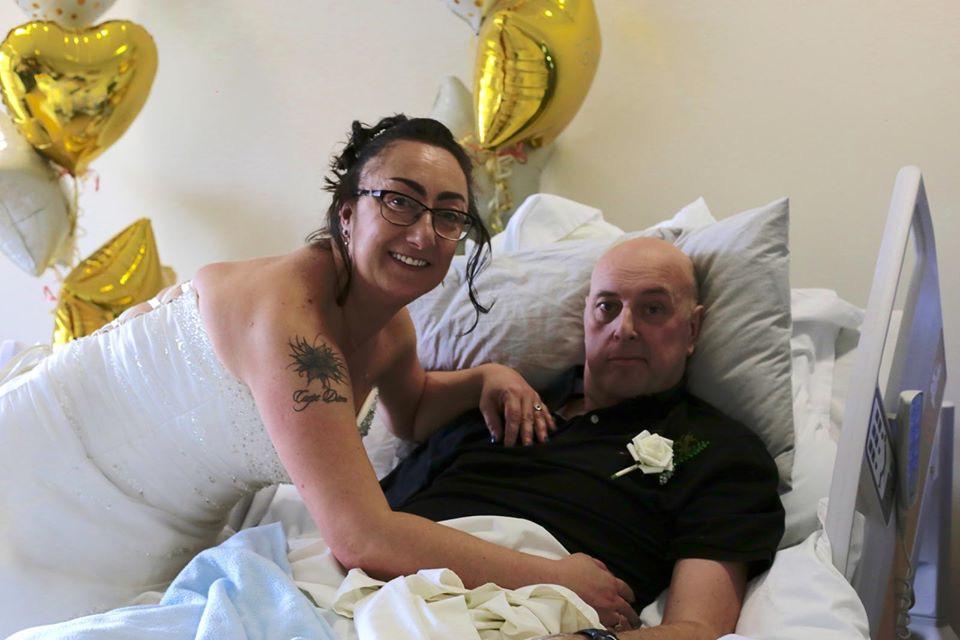 Tim and Toni on their wedding day.

Toni said: “The support from the community was overwhelming. It was absolutely amazing. I had six offers of wedding dresses and two people stayed up all night making wedding cakes.

“We were supplied with a buffet and I had my hair and make-up done. Tim couldn’t walk by then so they wheeled him into the chapel for our blessing.

“Our wedding was on the same day as my mum Kath’s birthday and she’d died the year before aged 64.

“It was a lovely day under the circumstances.  Tim hadn’t really got any symptoms before. He’d just started missing words and slurring his speech and thought he might have had a stroke.

“He managed to say his name and ‘I do’ and was aware what was happening. Then, unfortunately, he went downhill and died 12 days later.”

The couple worked for BT for many years and after Tim’s death at the age of 50, Toni left to volunteer at the Hospice’s charity shop in Poynton.

She is now assistant manager at its Thornton Square store where customers have generously donated in a bucket for a fundraising challenge. 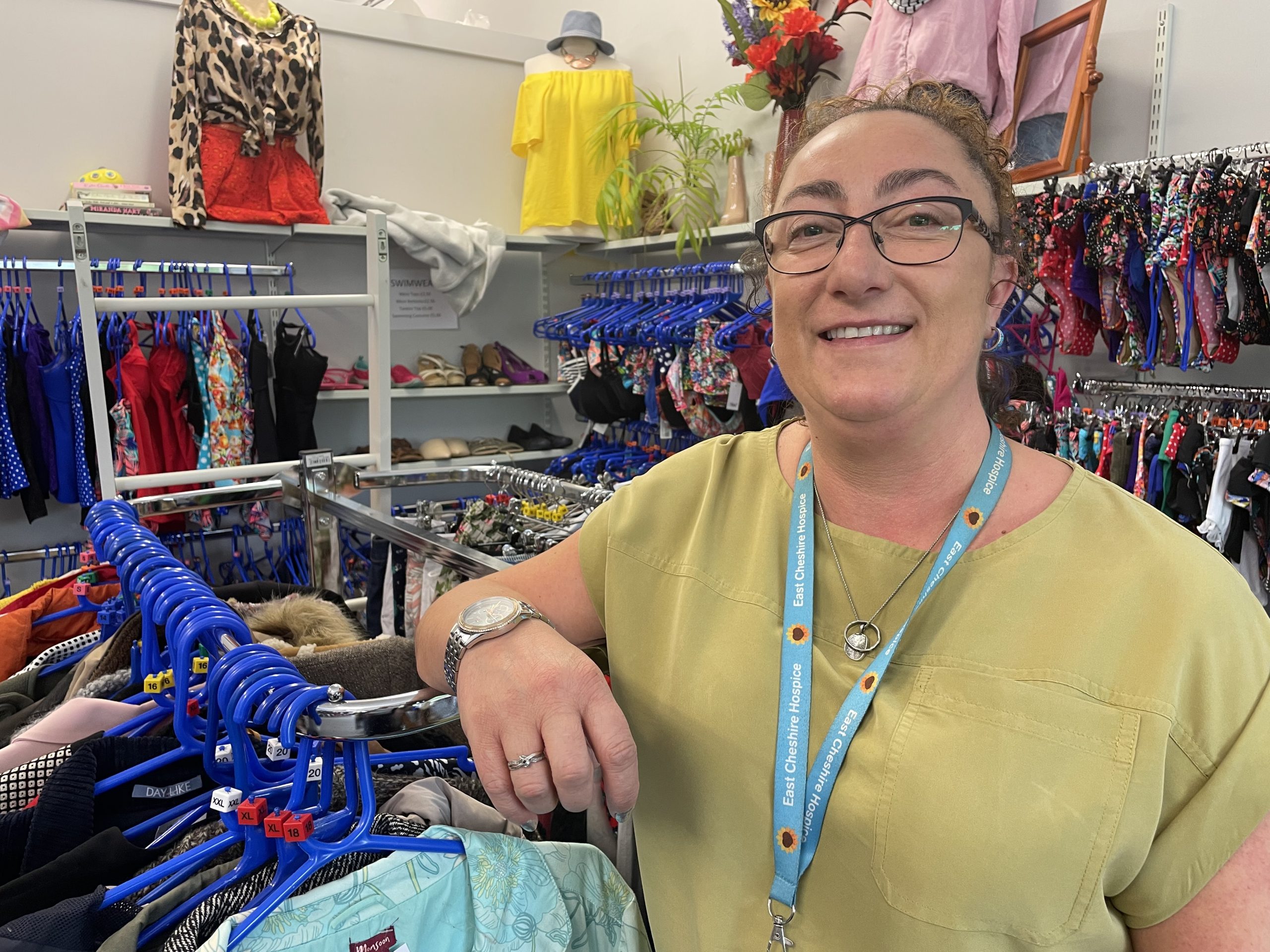 Toni at Thornton Square charity shop where she is assistant manager.

Toni, with Tim’s sister Rachel Richards and her husband Mark, are trekking across the Sahara in November in a Hospice event.

Toni said: “We’re calling ourselves The Three Camels. I’m so unfit and it’s a massive task for me in the heat, but it’ll be an amazing experience in Tim’s memory and I want to give something back to the Hospice.

“The support I’ve had in the shop has been incredible and I can’t thank the community enough for the spirit and love shown two years ago and ever since.” 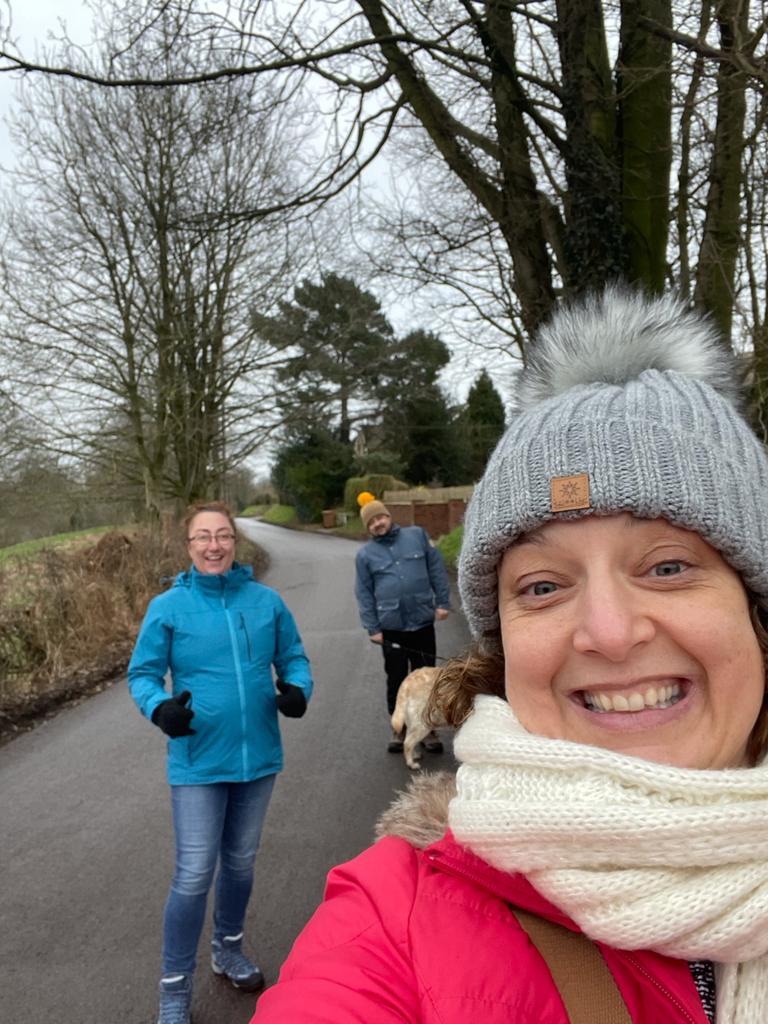 *To sponsor them visit www.justgiving.com/team/wwwjustgivingcomfundraisingThree-camels