Learning how to ride a road bike has inspired teenager Tom Escott-Smith who is determined to help others.

Now the 13-year-old from Prestbury, who has dyspraxia, is showing two youngsters fostered by his mum Lesley how to ride as well.

Tom’s feet have hardly touched the ground since personal trainer Richard Storer gave him the confidence to get into the saddle.

Mum Lesley said: “Tom’s quite proud of his achievements because he only really started riding two years ago. He wanted to do something useful and helpful during lockdown and the racing bike has transformed him and developed his physique.

“He was committed and cycled every day. His school was very supportive and awarded him a certificate in recognition of his community work.”

The challenge equalled the distance to the family home of Lesley’s father at Findochty, near Cullen Bay, Scotland, where the local hotel fully supported and sponsored Tom.

Lesley and Tom had intended to join the Light Up The Night memory walk, organised by the Hospice.

Tom said: “We’ve done the walk each year so when it was called off, I looked for an incentive.

“I wanted to keep fit and active and do some good for charity and the Hospice does a brilliant job. I did some of the challenge from my own lounge during lockdown.” 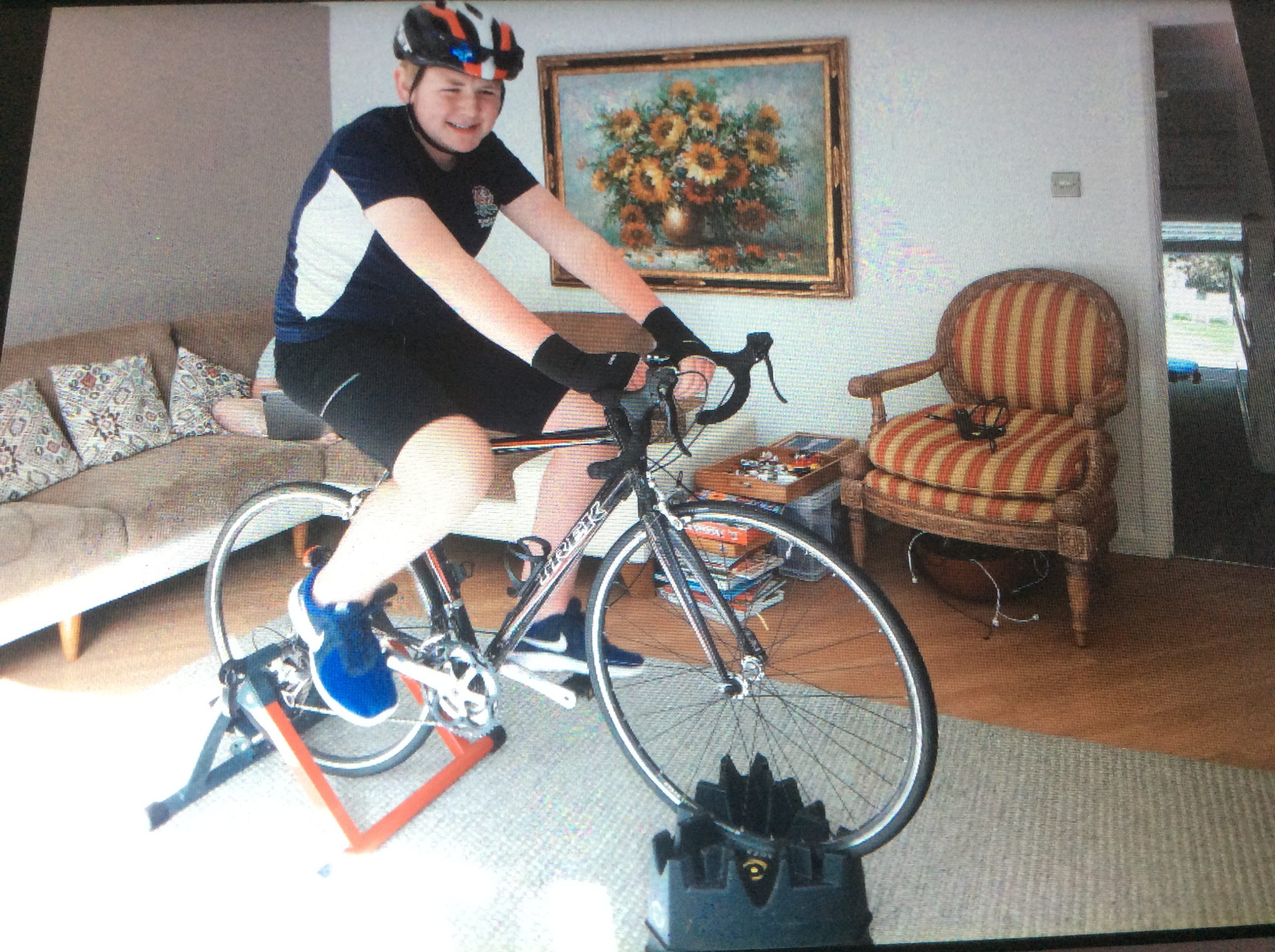 Tom Escott-Smith who raised £950 from a cycling challenge.