A new era dawns at The Tytherington Club at the end of next month when it opens a plush 65-bedroom hotel.

The countdown continued to the November 30 opening with members supporting a month-long charity campaign run by East Cheshire Hospice.

The country club donated £554 as part of a Corporate Challenge which raised a record total of £12,226 for the Hospice.

Tytherington should have welcomed its first hotel guests in the spring but had to delay opening because of Covid-19.

Liz Turner, Event Sales Assistant at the club, said: “These are exciting times for The Tytherington Club with the forthcoming opening of our new hotel development.

“Our members are keen supporters of the Hospice so were delighted to take part in the Corporate Challenge.

“It’s been a difficult time for every business and unfortunately our plans were delayed  because of the pandemic.

“Thankfully, work is now nearing completion and with Macclesfield such a popular destination the hotel will be a great addition to our existing facilities and meet the need for accommodation.”

Gym members at The Tytherington Club limbering up to support  East Cheshire Hospice.

Golfers guessed the number of tees in a bowl while spa guests had a similar nail varnish challenge. Raffle prizes included a hotel stay and golf on its championship course.

Liz said: “I used to work at the Hospice so know first-hand what a wonderful place it is and how much they rely on donations.”

Bioscript, the 7i Group and the Ivy Leaf pub also took part. Each group received a £100 start-up loan and all profit from that investment was donated to the Hospice.

Kate Bowmar, Corporate Relationship Manager at the Hospice, said: “We’d like to thank the businesses for taking part and entering into the spirit of a fun competition. They raised an amazing total, especially during such a difficult year for everyone.” 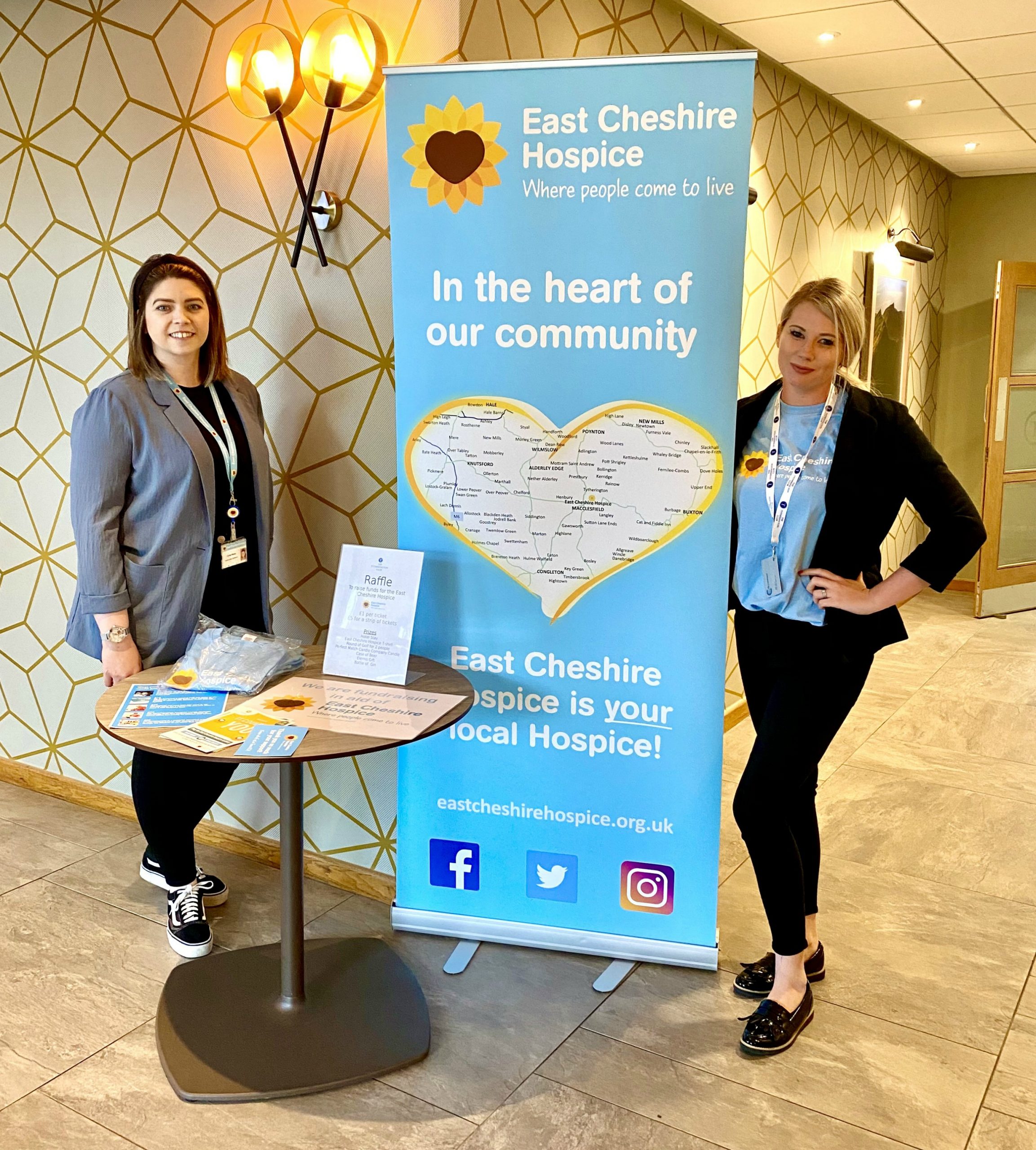