The Faces of Tough Woofer 2019

Meet the two beautiful beagles ready for a starring role as models for Tough Woofer 2019.

Roxy and Harley will have their pretty faces splashed all over banners and billboards advertising the canine event organised by our events team.

The dogs, owned by Abigail Henshall and partner Steve Abraham, won our Facebook competition to find the cutest canines.

Unsurprisingly, Roxy (9) and Harley (3) had the most likes, earning them a photo shoot to promote the event on Sunday, October 20. 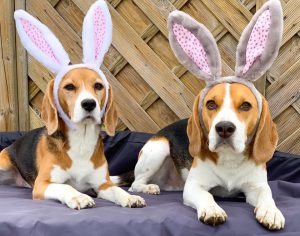 The pair received plenty of votes from pupils at Tytherington School where Abigail is a PE teacher.

Roxy and Harley are following in the paw prints of golden retriever Teddy, winner of the 2018 award and owned by Abigail’s friend Sophie Mercer, a PE teacher at All Hallows Catholic College in Macclesfield.

Abigail, from Lower Withington, said: “We’ve had Roxy since she was a pup and she’s got such a baby face that people often get them confused and think she’s the younger of the two. They certainly get a lot of attention when we’re walking with members of our beagle club.

“While she’s confident and a little sassy, Harley is full of anxiety. He’s a rescue dog and had issues after being given up twice before we took him on at 18 months old.

“Harley had been attacked in kennels which made him petrified of other dogs. He was scared by the slightest noise but now has turned his life around. So much so that he’s confident enough to do Tough Woofer.

“Beagles are notoriously hard dogs to train but we knew the breed really well and they’re well trained. Roxy puts Harley in his place and he takes the lead from her but they’re great mates.”

Their  group from the Wirral and North Wales Beagle Club were out in force at last year’s event and will again tackle 5k course at Capesthorne Hall. 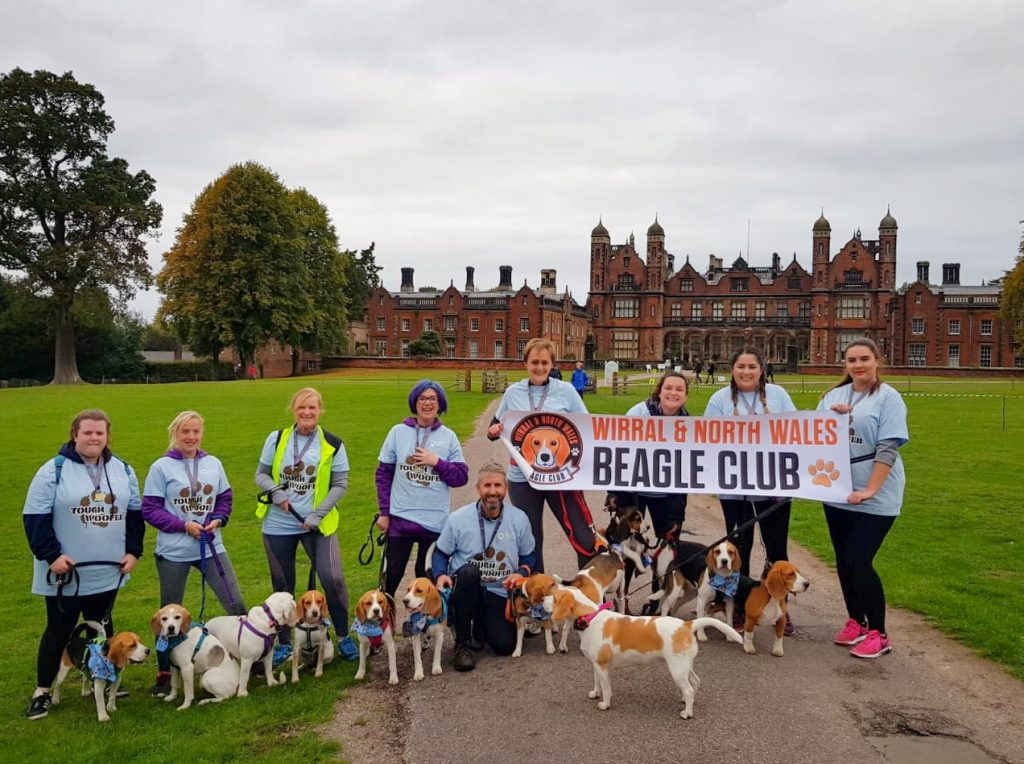 Abigail said: “It’s great fun and raises money for such a deserving cause. The venue is ideal and I’d encourage as many dog owners as possible to attend.”