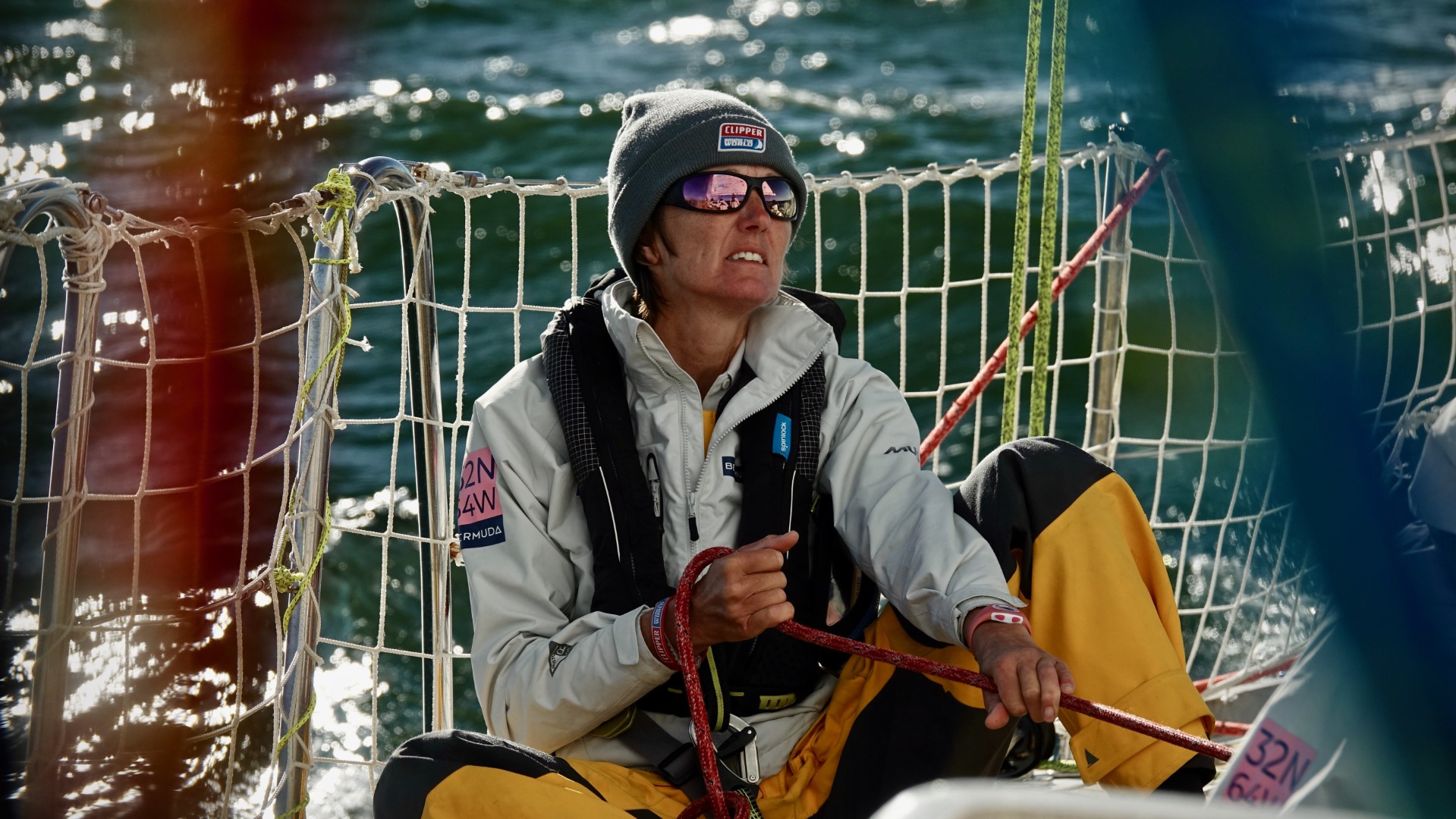 Fun and fundraising brought lots of smiles for East Cheshire Hospice supporters over the last 12 months.

Another packed colourful calendar of events meant the charity benefitted in many different ways.

Music, art, sport, fashion, travel, leisure and business were all thrown into the mix by generous donors.

Families were out in force at Light Up The Night at Capesthorne Hall, a poignant occasion which saw many walkers remember loved ones.

Community events included Splash Out! when young and old faced a series of water challenges, while dogs and owners tackled a testing obstacle course at Tough Woofer. 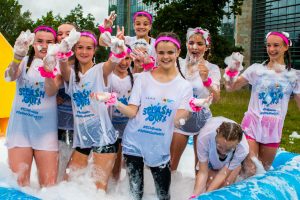 Taking a dip at Splash Out. 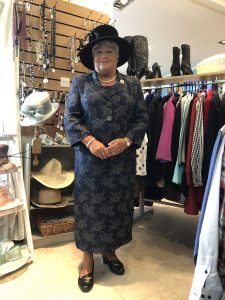 Mayor Janet Jackson in her charity shop outfit which she wore at Buckingham Palace.

Mayor of Macclesfield Coun Janet Jackson is a regular customer at the Hospice charity shop at Thornton Square where she picked up a bargain for a Royal appointment.

When she received the MBE from Prince William, Duke of Cambridge, she wore a dress and matching jacket she had bought from there for £25. Her hat cost £10. 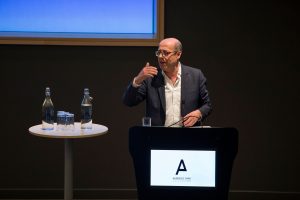 Nick Robinson gives his speech at the Hospice’s Business Briefing 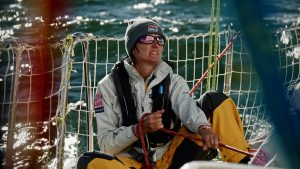 She is aboard GoToBermuda competing in the Clipper 2019-20 Round the World Yacht Race.

Heather is going from Freemantle to the Whitsunday Islands on the latest leg of her 11-month voyage.

She is raising £40,000 for the Hospice where her late husband Adam  was a patient.  To donate go to dreamitnowdoit.com

Heather said: “I’m loving every minute and wouldn’t change it for the world. At sea I’m making memories and friends for life.” 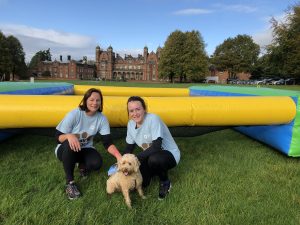 Mother and daughter Kim and Nina Bennett with cockapoo Elsie at Tough Woofer. 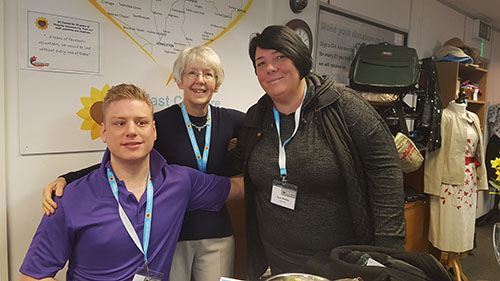 An East Cheshire Hospice charity shop volunteer, who “lights up the room with his personality” has been given a special award.

Guy Rigby, who has cerebral palsy, has been presented by the Macclesfield-based charity with a Customer Champion Certificate to mark his great commitment and enthusiasm.

His working journey began 18 months ago when Guy, who lives in supported living accommodation, told his carer Sue Selby that he’d like to do something purposeful. Within weeks, Guy was welcomed on a part-time volunteer basis into the Hospice charity shop fellow volunteer Anthea Lee.

Sue says: “Guy began with some pretty basic jobs like stacking and tidying the CDs but soon he developed a great rapport with the customers and now he works mostly on the main till engaging with everyone who comes in.”

“Guy sometimes needs to take it slower than other people, but he’s always been able to light up a room with his personality and the customers in the shop have really taken to him”.

“He has grown massively in confidence and ability and is so good with people in the shop – both customers and other volunteers,” says Helena.

“Within the Hospice, we constantly work to adjust and adapt to peoples needs and its good that we can also take this into the community. Our charity shops act as little community hubs and Guy’s contribution is a part of that.”

The Hospice has three charity shops – in Thornton Square, Handforth and Wilmslow – which all run mainly with the help of volunteers. Full training is given and anyone who would like to commit some time as a shop volunteer can contact Helena on 01625 664984.