Reaching New Heights for the Hospice

Sisters Jemima and Annabelle Jordan have been reaching new heights with their latest fundraising challenges.

Annabelle (11) climbed Mount Snowdon, while Jemima (13) tackled two Snowdonia passes, Crackstone Rib and the Wrinkle, both of which are rated as severe.

The King’s School pupils, from Henbury, presented a cheque for £2,050 to East Cheshire Hospice from their adventures. 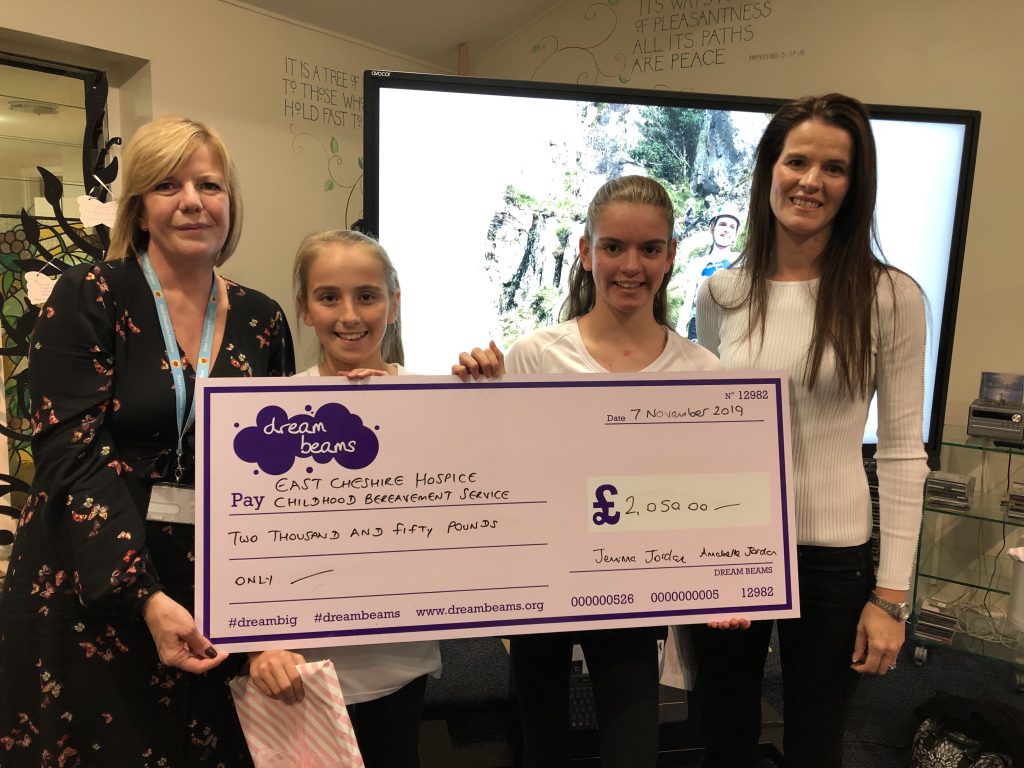 The donation will support the charity’s Childhood Bereavement Service which has already benefitted from the family’s generosity and Dream Beams, a charity established last year by the girls’ mum Katie to support children’s causes.

It was inspired by Jemima and Annabelle baking cakes to help buy Christmas presents for a children’s home in Barbados.

A charity Ball raised £102,100 for the Hospice and Katie’s team will tackle the National Three Peaks Challenge in June as part of their next fundraising challenge.

Jemima and Annabelle have also raised funds for the Hand on Heart charity to provide defibrillators for local schools.