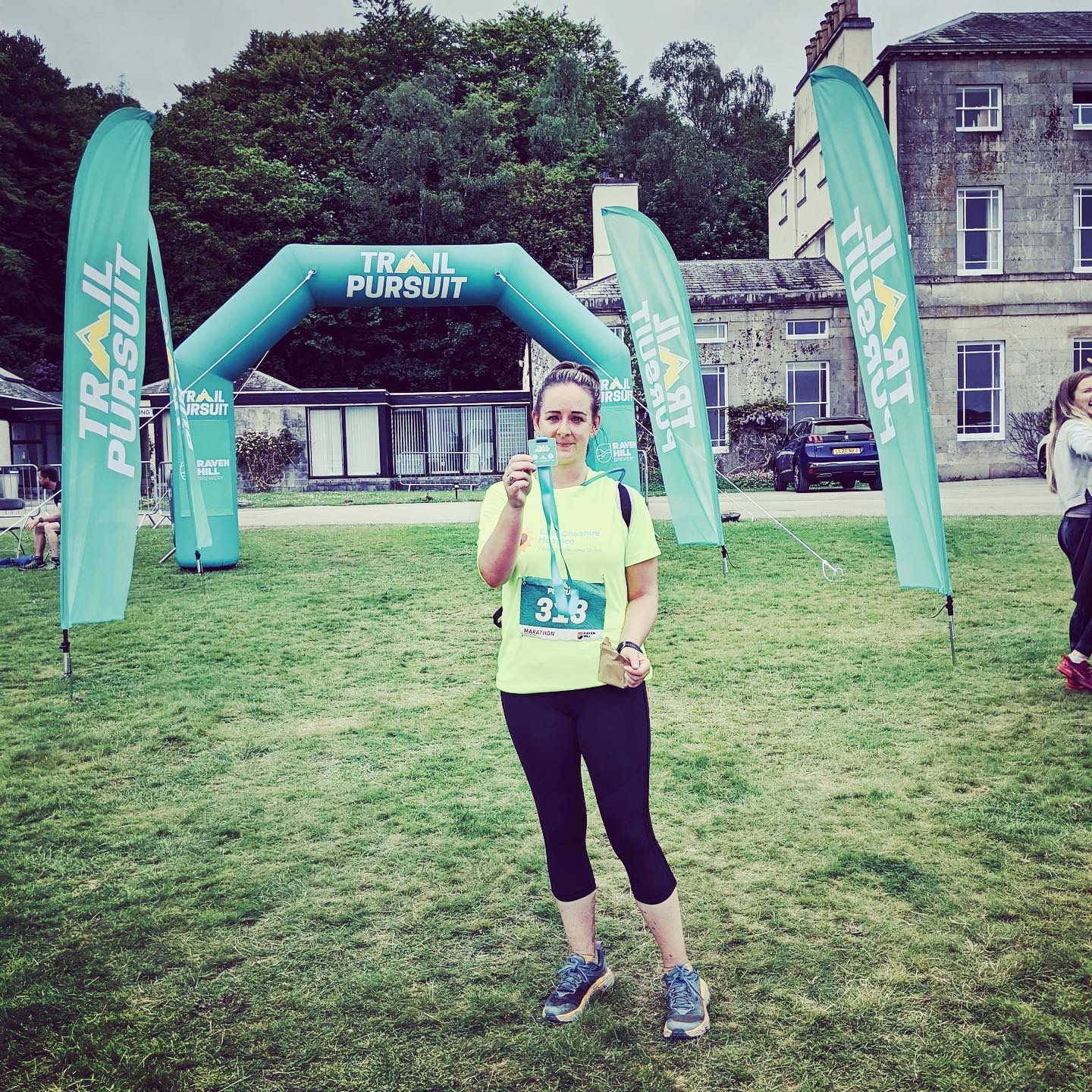 The memory of her grandad inspired Rachel Wild on a gruelling marathon run across Lake District mountains.

The trainee advanced clinical practitioner has already raised £1,000 for East Cheshire Hospice where Michael Palmer, from Macclesfield, was a patient.

Michael (81) died of cancer last September after a career in television engineering which included a spell living in Vietnam. 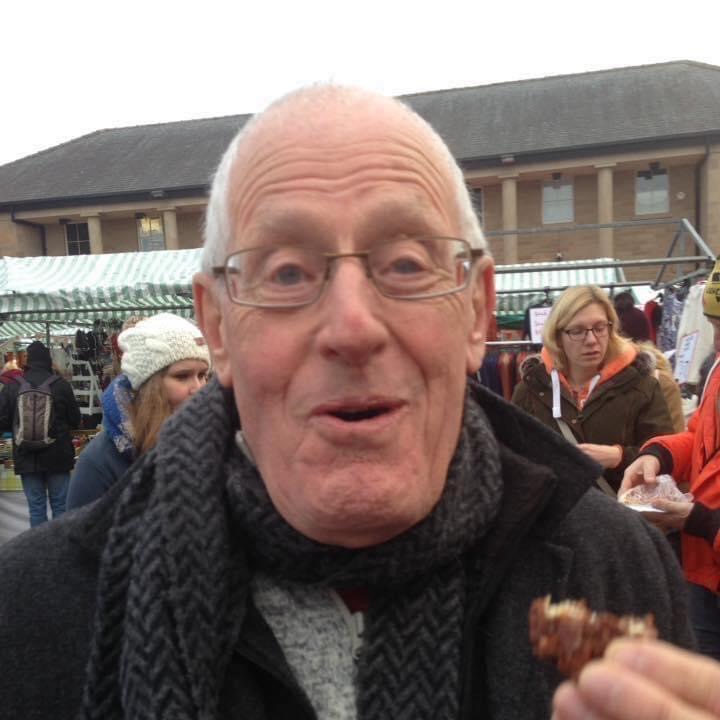 Rachel climbed more than 6,000 feet –  equivalent to scaling Ben Nevis – as she ran almost 28 miles over nine and a half hours on the Trail Pursuit course near Lake Windermere.

She said: “I was scrambling up summits where there were obviously no paths and on a hot day it was brutal. The descents were just as horrendous and you needed to be resilient. I’m tough minded but found it very hard.

“My grandad was my best friend and we were lucky to get a place for him at the Hospice. The care and attention he received was incredible and the staff were amazing.

“It meant I could be his granddaughter and spend those last few days with him. I sat and read one of his favourite books Alice in Wonderland to him and we listened to classical music.

“He was peaceful, comfortable and pain free. I wish everyone could have that experience and know that’s not always the case.

“Grandad was the most amazing, intelligent kind and funny man who had high morals. He always believed in doing the right thing to help someone if he could and loved magical fairy stories and childhood wonder.” 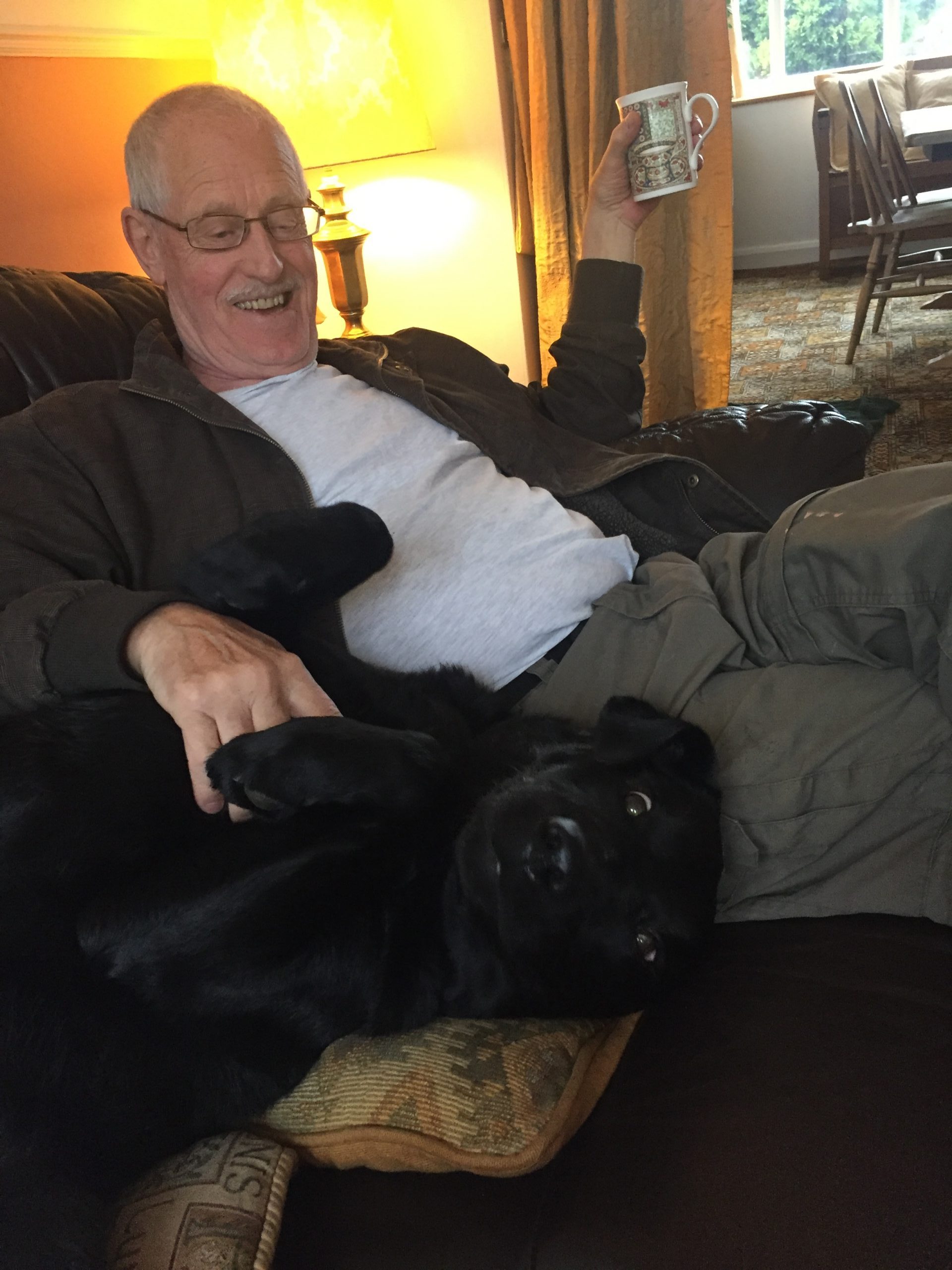 Michael Palmer with his dog Archie.

Rachel, an Army reservist, found the Trail Pursuit challenge harder than a marathon she completed in stifling heat and humidity in Sierra Leone in 2015.

“The first and last few miles along the Cumbrian Way were fairly flat but the mountains, including Bowfell, the ninth highest summit in England, required a lot of blood, sweat and tears.”

Rachel has already reached double her initial fundraising target of £500. She said: “I think my grandad would have been so proud of me and anyone who sponsors me is making a difference to someone’s end-of-life care.”