Rachel Gledhill had to borrow a bike and buy running shoes for her first triathlon.

She did at least own a wetsuit for the one-mile swim across Pickmere Lake which started her endurance challenge.

Heavy rain meant there was no way of drying off for a 40k bike ride to Chelford before a 10k run uphill to East Cheshire Hospice.

There she was met by nurses who toasted her success after four-and-a-half hour journey in bad conditions. 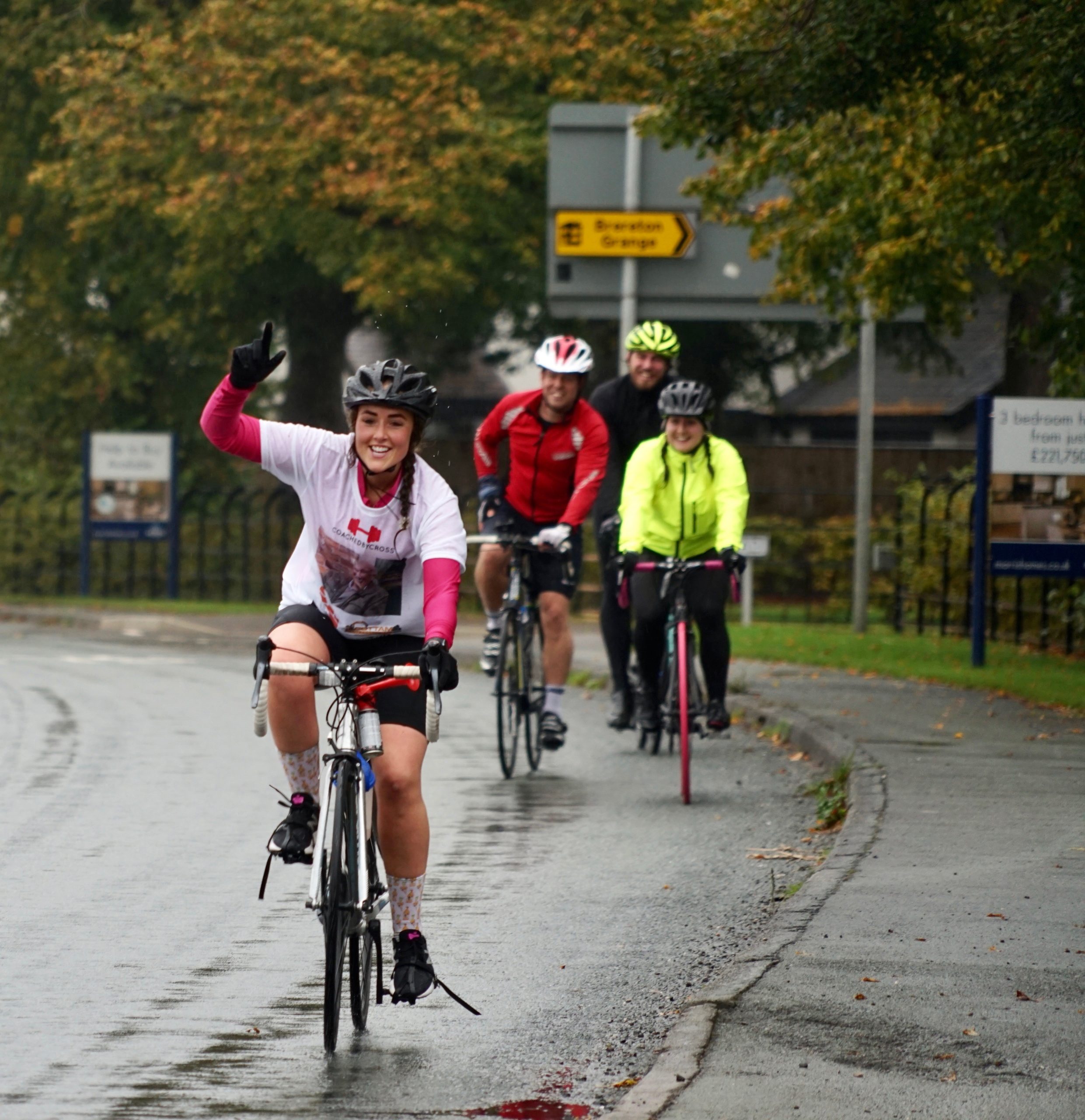 Heavy rain could not deter Rachel from completing her triathlon.

Rachel’s exploits raised £3,100 for the charity in memory of her husband Tom’s grandad Roy Lee, from Chelford.

Roy (78) died in the Hospice four years ago and the family never forgot the care he received.

Rachel said: “Tom’s grandad took me under  his wing and I always said I’d do something to pay the Hospice back, especially as it needs thousands of pounds each day to stay open.

“The care was unbelievable and Hospice made him so comfortable. He was so happy there in his final days.” 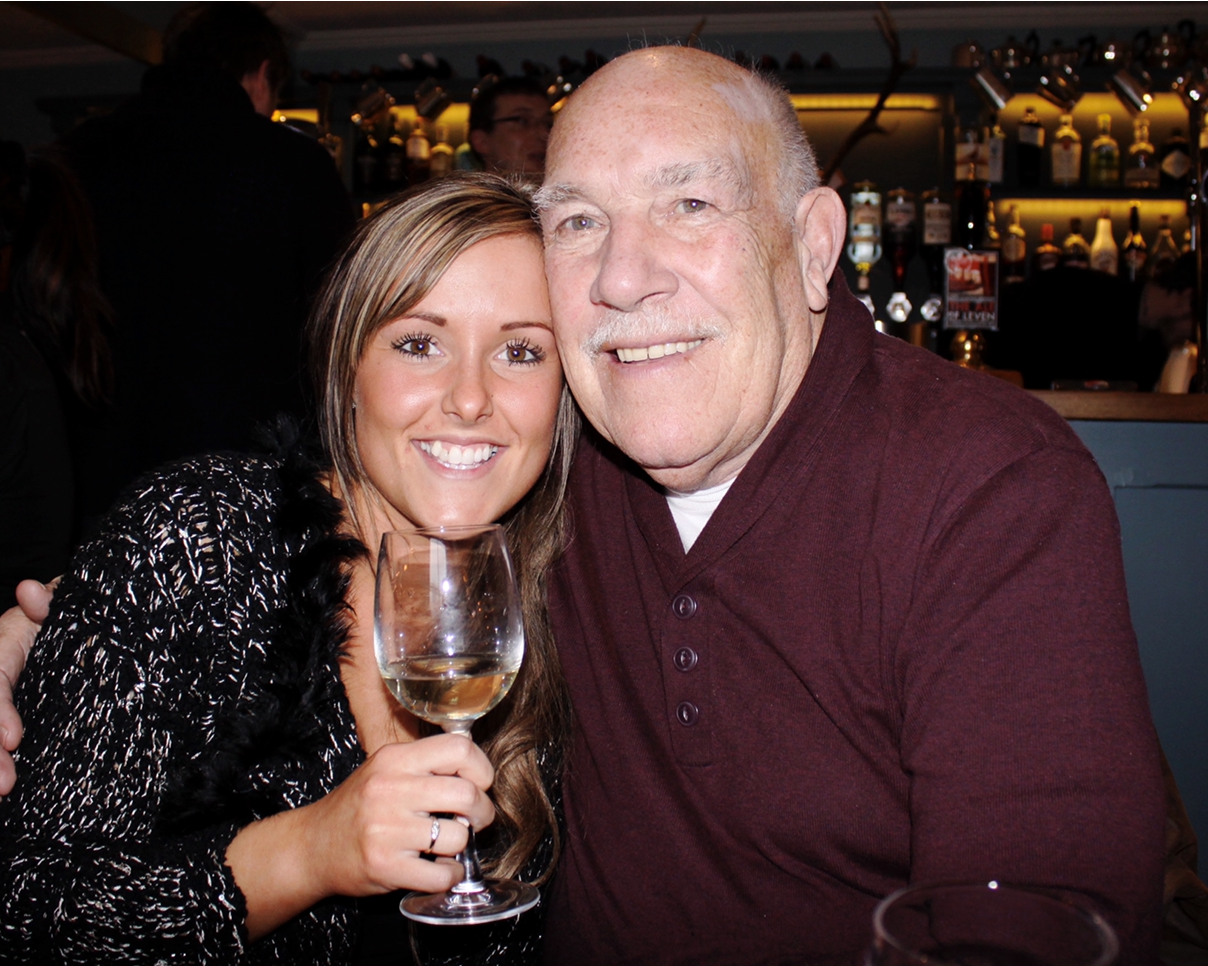 Rachel, who works for property developers DeTrafford, was joined by friends and family en route to keep her spirits up.

Sister-in-law  Leanne Tully and her daughter Isabelle (8) ran the last mile with her from Broken Cross.

Rachel said: “A triathlon is not my thing at all and I had to borrow a bike and buy proper running shoes. I started exercising during lockdown and really enjoyed it and that inspired me.

“Two triathlons I’d entered were cancelled so I took matters into my own hands and created my own route. Unfortunately, it was one of the wettest days on record so there was no chance of getting dry after the swim section.

“Five supporters joined me on the bike ride and three on the run and I’m overwhelmed by everyone’s support and generosity and want to thank them for donating.” 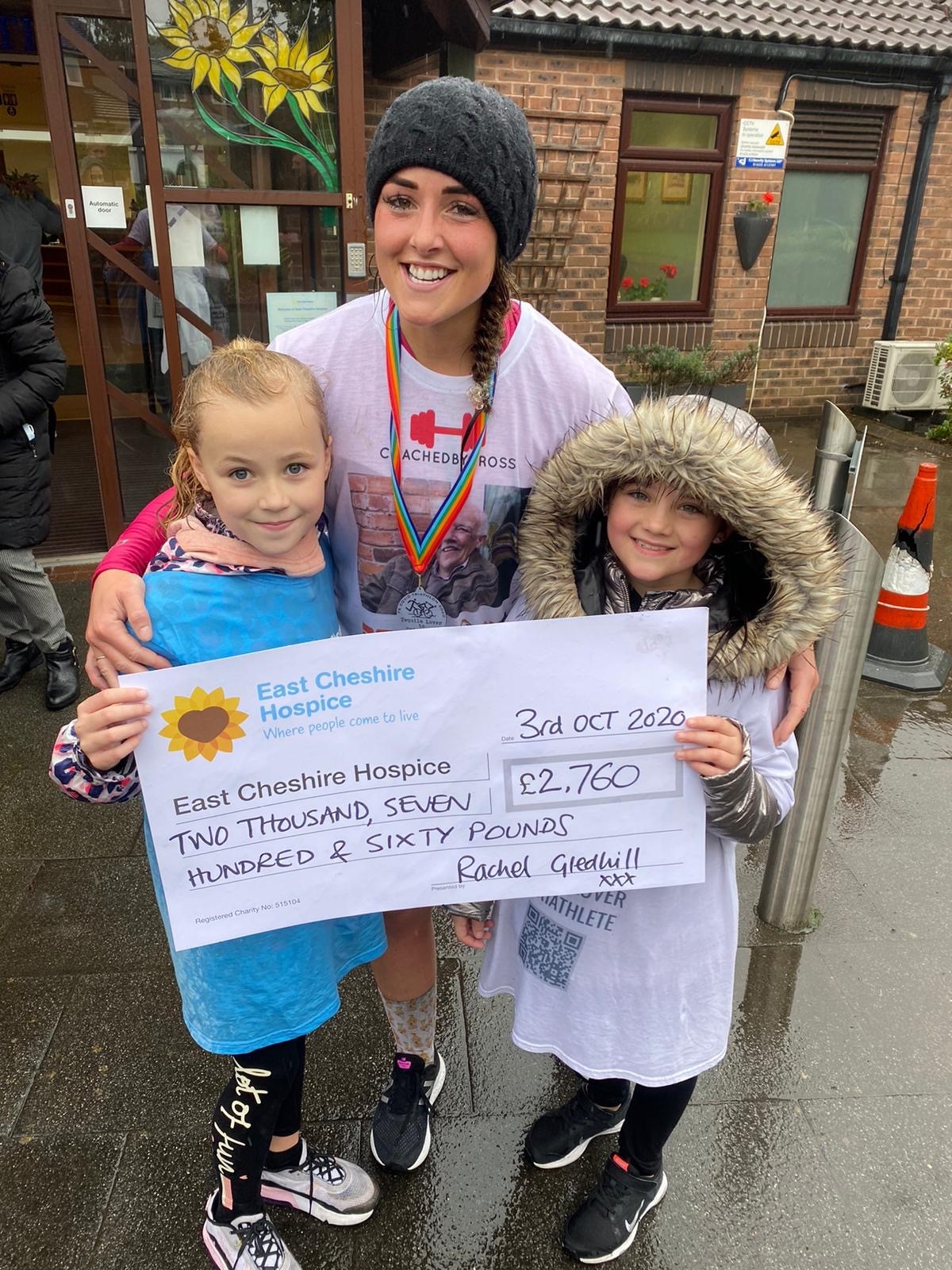