Sales of lingerie, swimwear, sportswear and loungewear have resulted in a staggering £26,750 donation to East Cheshire Hospice.

The Hospice is one of four charities sharing £107,000 – half of two months of sales from a Charity Edit collection run by Pour Moi. 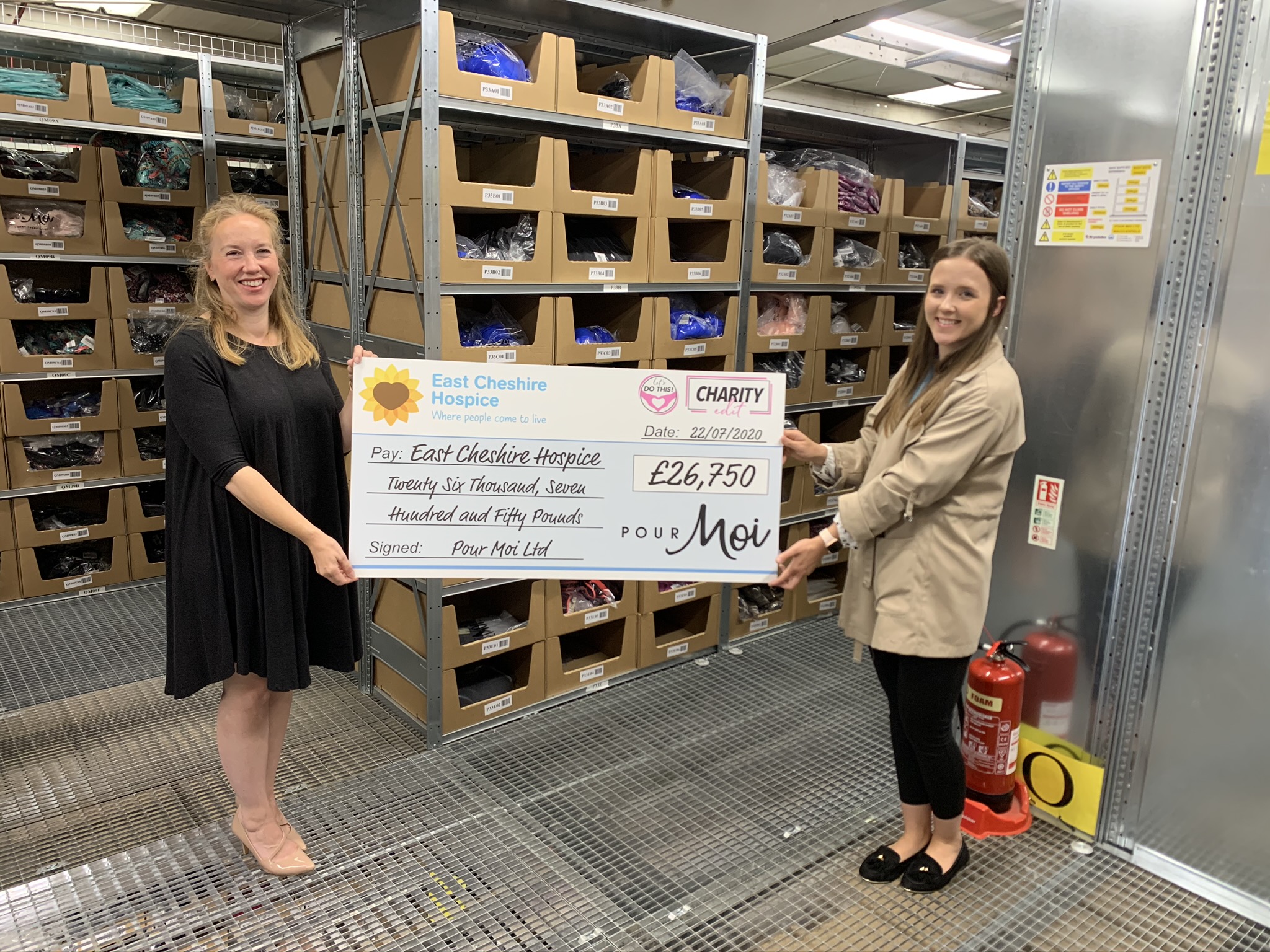 The company, with its main distribution centre on the Hurdsfield Estate, was set up in a small office in Macclesfield 15 years ago and is now an established global brand.

It was founded by owner Michael Thomson, from Macclesfield, who wanted to help the charities recover from the effects of the Covid-19 crisis.

Age UK, Samaritans and RISE, a domestic violence charity in Brighton where the company is now based, have also received the same amount.

Michael said: “At a time when everything is a little uncertain, it’s been amazing to raise such a fantastic sum of money for four very worthwhile charities with our first charity campaign. We know it means so much to them and it will help to provide vital funds for these charities in their greatest hour of need.

“Our customers have really supported us throughout the whole two months of this campaign and we really can’t thank them enough. It made me think how we can do more going forward to support good causes in the future and help vulnerable people when they need it most.”

Hospice Chief Executive  Karyn Johnston said: “East Cheshire Hospice has been extremely proud to partner with Pour Moi and be part of their Charity Edit campaign.

“Thank you to all of the staff and customers who have gone above and beyond to help those in need at a time of national crisis, the funds received by the Hospice will help us to make a genuine difference to local people living with life-limiting illnesses.”

Sisters Holly and Danielle Dover know all about the Hospice because their father Dave is a driver there. 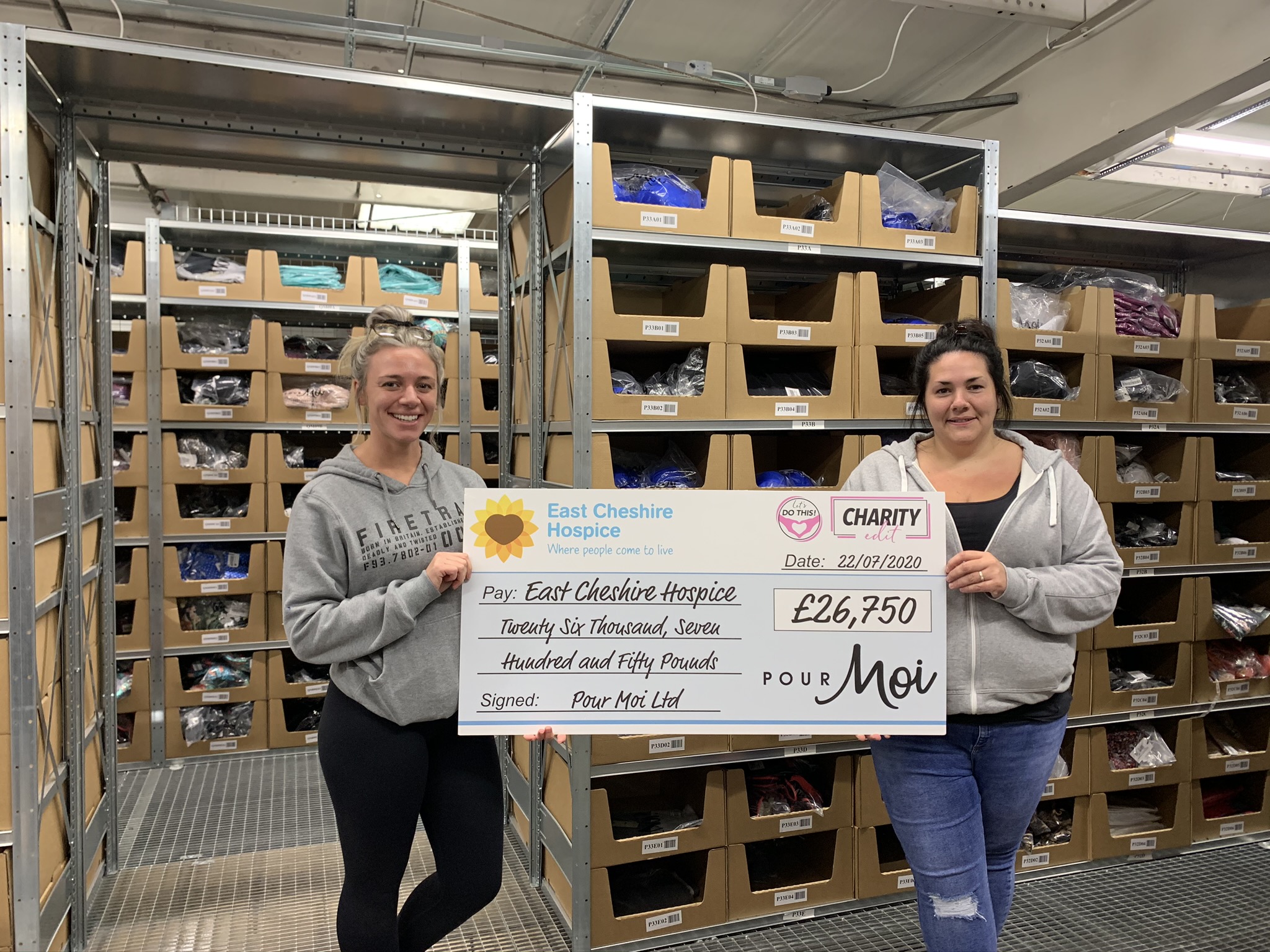 Head of Operations Rachel Kirk Lockley has personal experience of the Hospice after her father Alan died there in 2010. 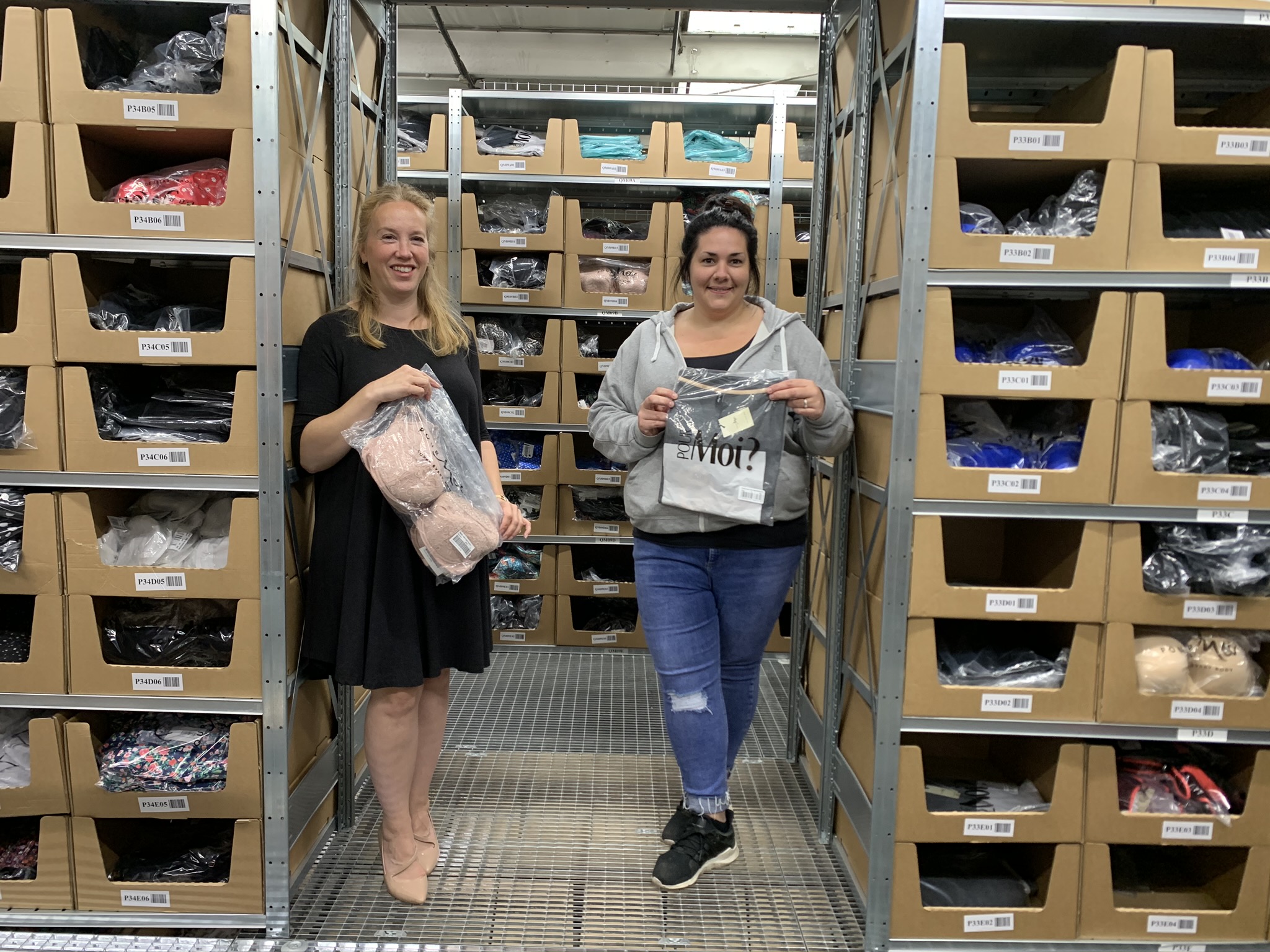