Walker Norman Meredith has been on the go virtually non-stop since he started his charity challenge.

He completed his mission to cover 1,000 miles in 100 days on Christmas Eve but has hardly put his feet up since. 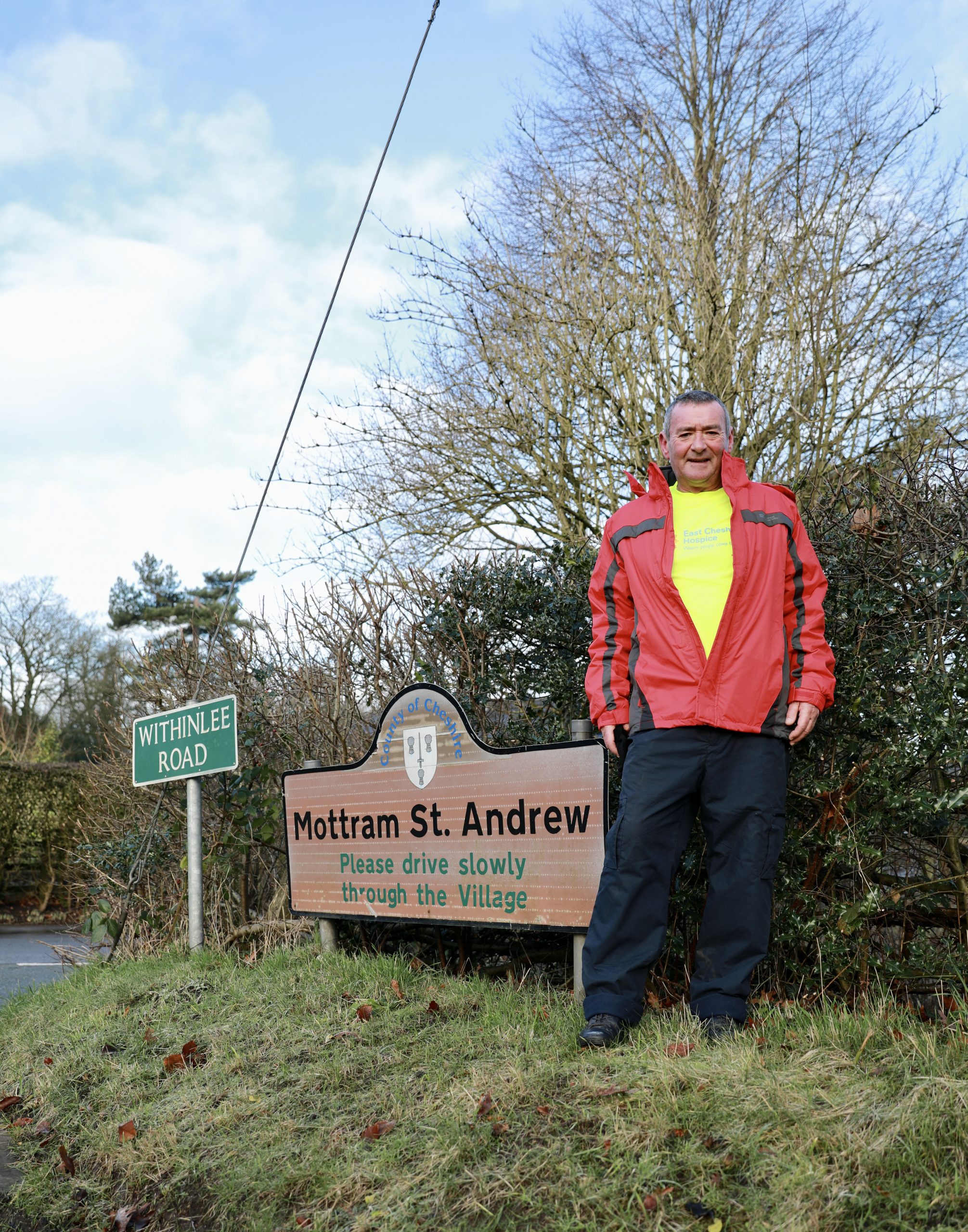 Norman Meredith during his challenge.

Norman, from Mottram St Andrew, said: “I think I rested for one day once I’d finished, but I’ve become so addicted to walking I’ve been out on seven or eight mile walks every day.

“It’s been great for my general fitness, I’ve lost weight and slept like a baby. I’d definitely recommend the exercise.”

Norman is raising funds for East Cheshire Hospice in memory of his father Dennis (86) who died in November 2018.

Dennis was chairman of the Macclesfield-based Prince Albert Angling Society – one of the biggest fishing clubs in Europe – for 25 years.

In his final days he was cared for by Hospice @Home nurses.

Norman said: “The Hospice were magnificent and I’d like everyone to know just how good they were. I vowed to do some fundraising and given the current circumstances felt it was appropriate to do something now.”

“The Hospice needs all the financial help it can get at this difficult time. Care is provided free of charge so any fundraising makes a difference.” 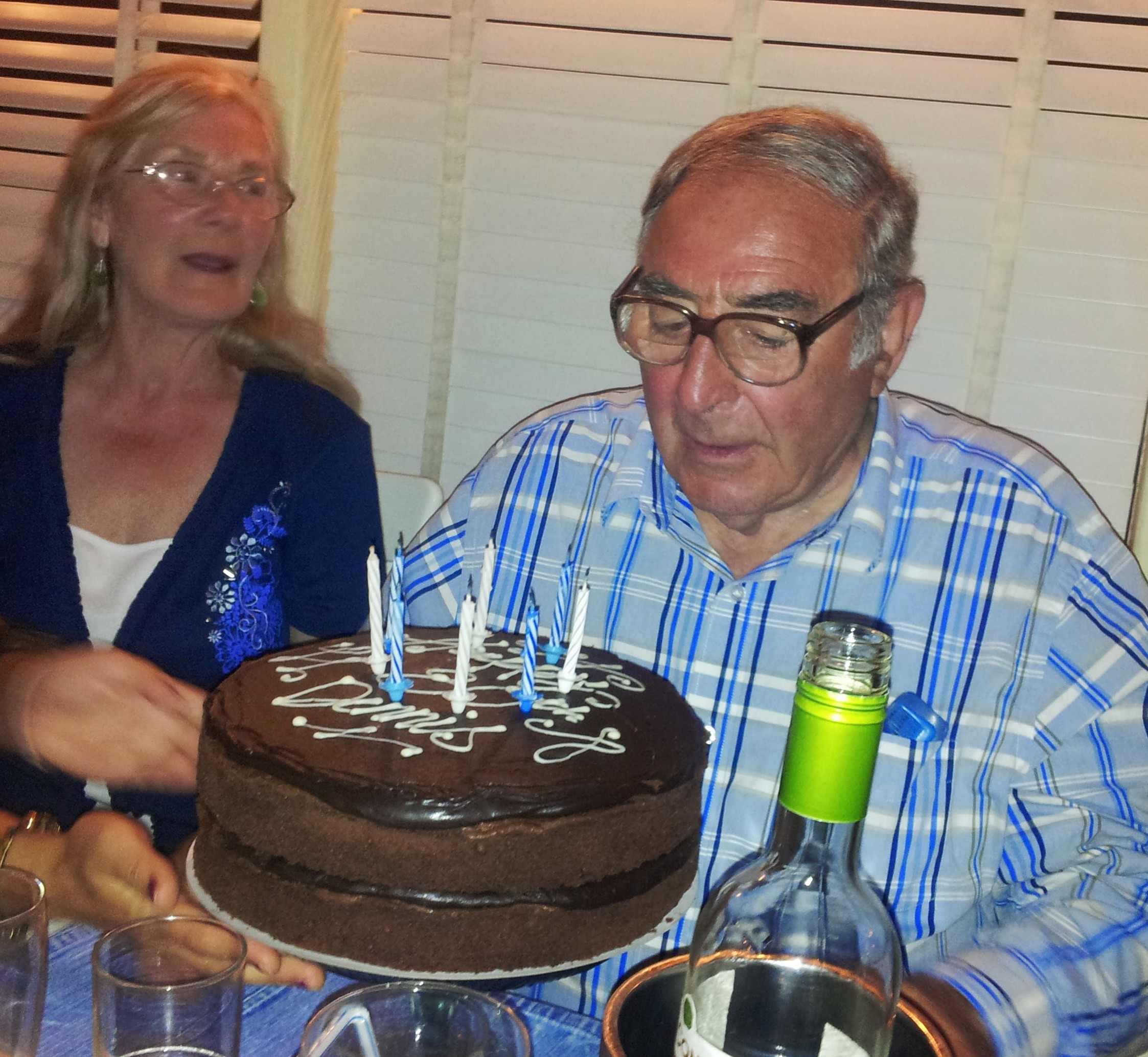 The retired sales executive used various routes as he kept to his average distance of 10 miles a day.

“I was amazed how many new friends I made who live within half a mile of my house just by going for a walk. People I didn’t know before would stop for a chat.”

A weekly route was to Aldi where he bought two bottles of Chilean Pinot Noir. “I became known as Clinking Norman because I’d got my favourite tipple in my rucksack.

“I was always very active, running marathons and half marathons, and played sport and have enjoyed walking.” 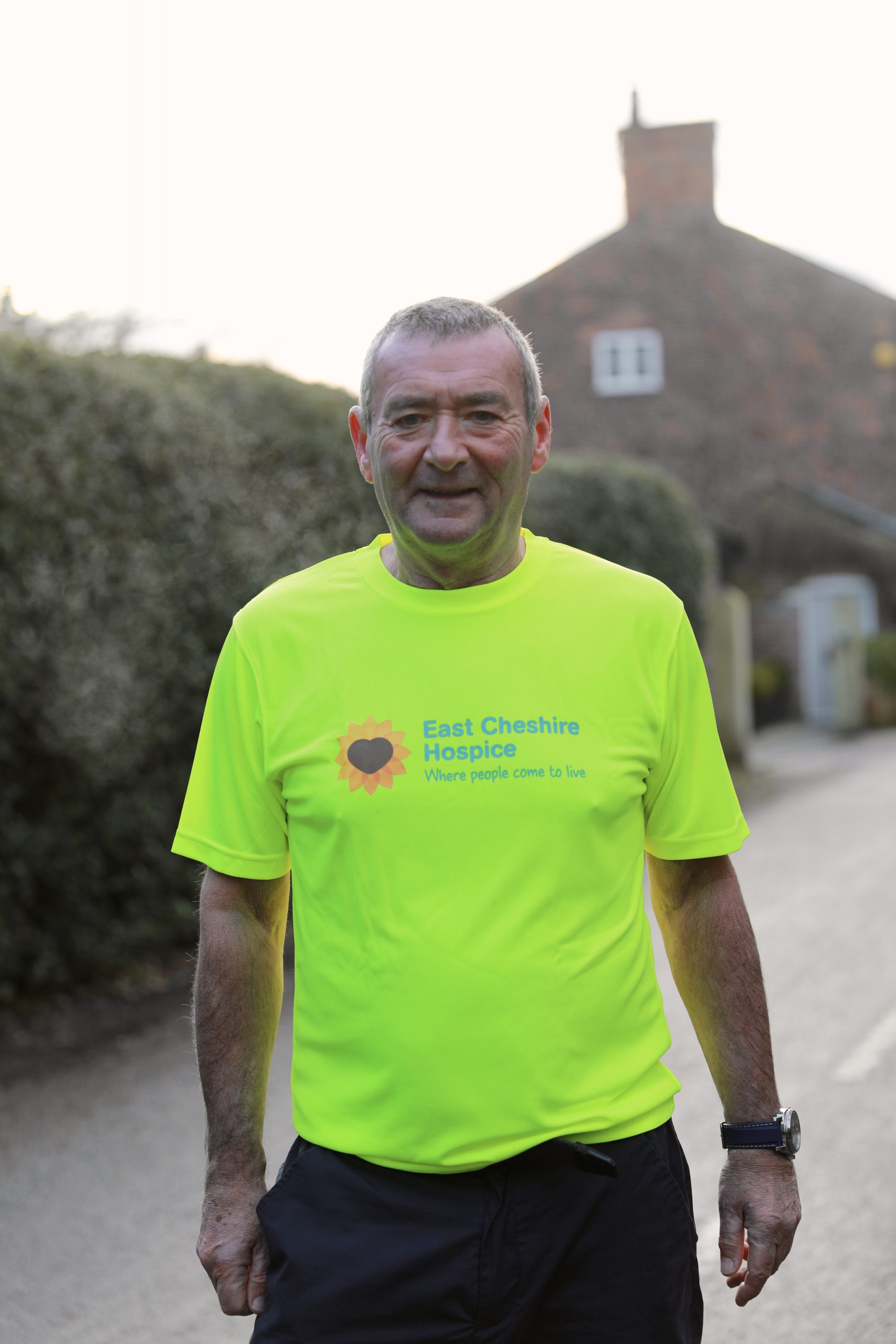 Norman Meredith on his 1,000-mile walk in aid of East Cheshire Hospice.