Nurses at East Cheshire Hospice are proudly displaying the artistic skills of one of their younger supporters Amy Griffiths.

The Sutton schoolgirl designed face shields which are being worn by Hospice staff. 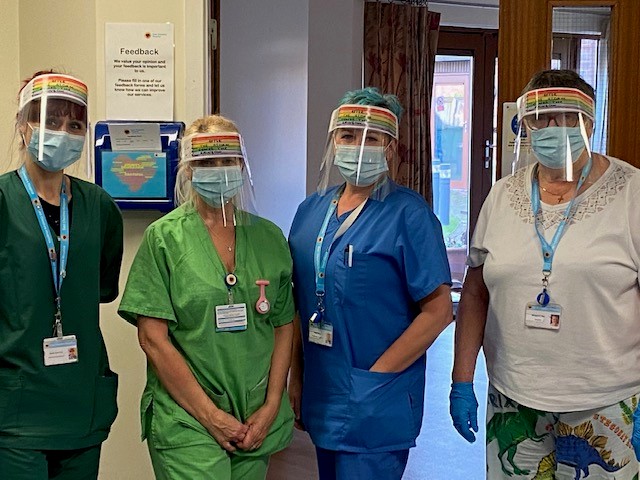 Art pupils at Fallibroome Academy were creative when teacher Dr Helen Jones told them about the competition.

Amy’s winning entry is decorated in rainbow colours with a smiley face and bears the words ‘After The Storm Comes the Rainbow’ – a message of hope amid the Covid-19 crisis. 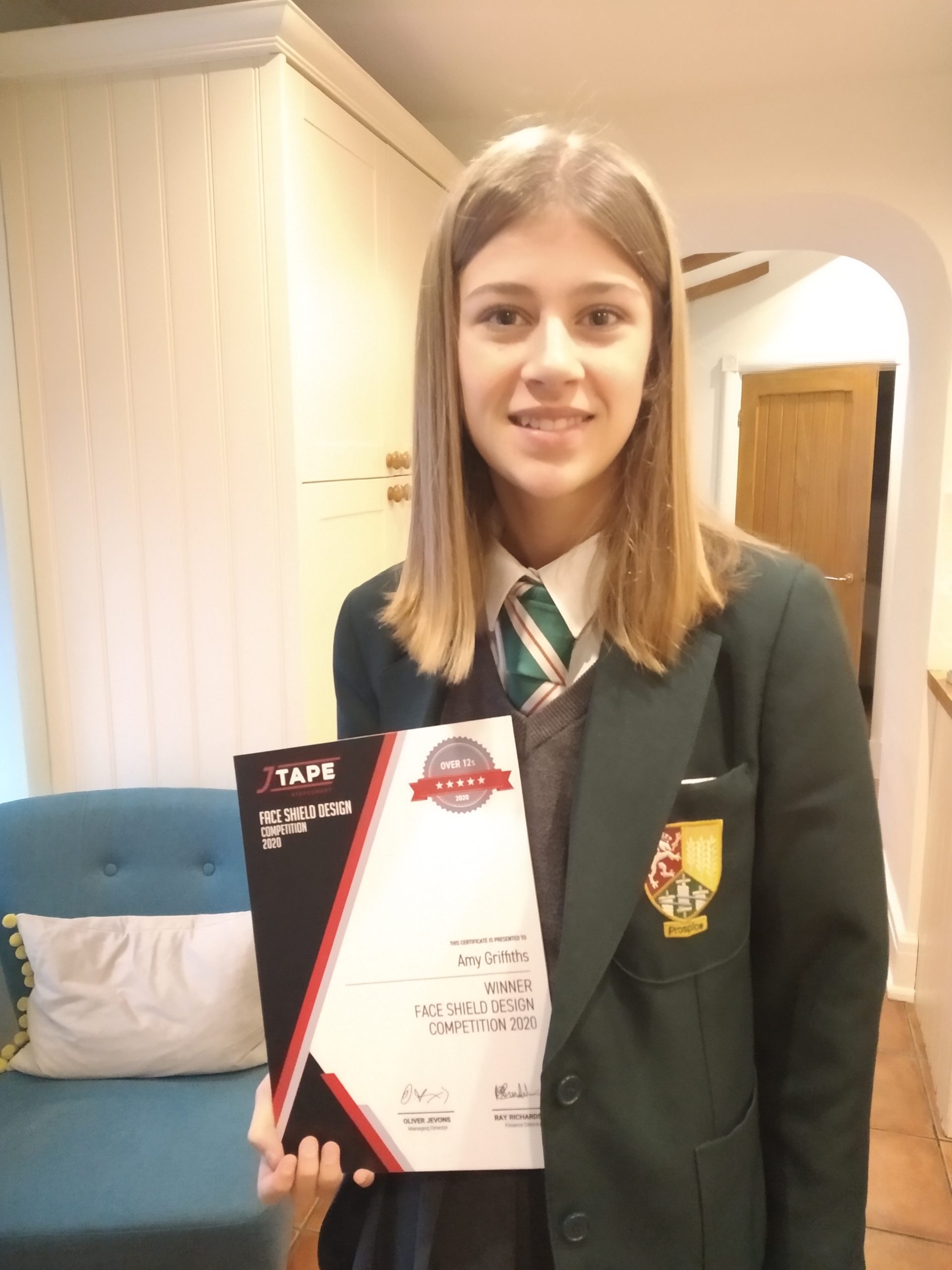 Amy received a £25 Amazon gift voucher and could choose where 100 of her face shields were distributed.

There was only one destination for Amy who earlier raised £70 for the Hospice where her  late grandmother Pat Bailey was a patient.

Amy set up a stall on a public footpath near her home and sold her painted rocks, asking walkers to donate via an honesty box.

Amy said: “I wanted the face shields to be simple and make people smile. Everyone has been through a lot with the pandemic, so I wanted them to be bright and colourful and bring happiness.

“I love art and was amazed I won the competition and automatically chose the Hospice.” 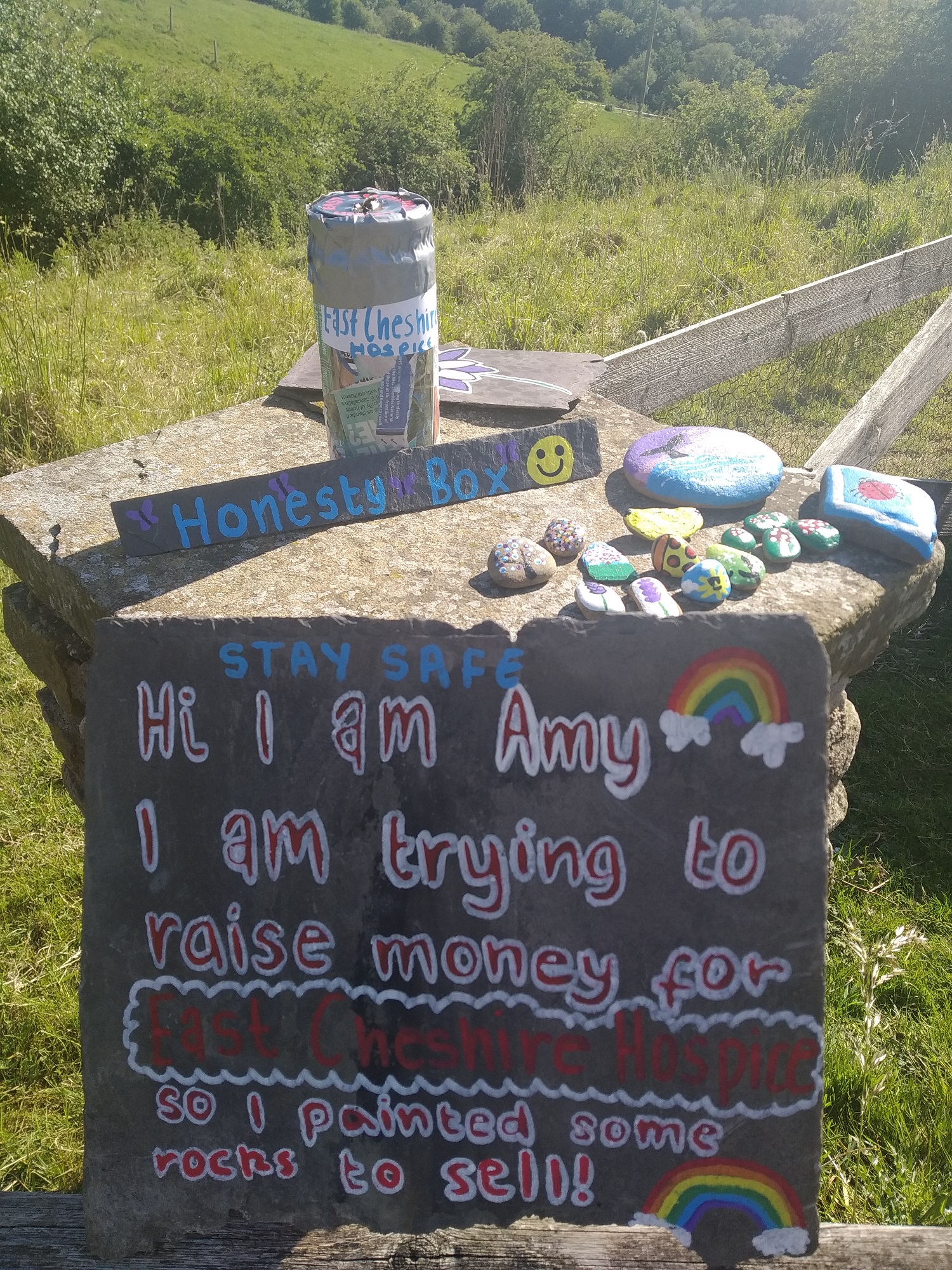 Mum Emma said: “My mum died 15 years ago and attended the Sunflower Centre. The Hospice has always been close to our hearts and we’re delighted Amy has acknowledged the support it gave our family.”