Sailor Heather Broadbent is refusing to give up on her round-the-world voyage despite a two-year gap at home.

She was midway through the Clipper Round the World Yacht Race before it was suspended early last year because of Covid-19.

The event is due to resume in the Philippines next February, although Heather admits she had serious misgivings about completing the race and thought long and hard about going back.

She hopes to raise £40,000 for East Cheshire Hospice where her late husband Adam (45) was a patient.

Heather said: “After a difficult year of low and lonely times,  I’ve really struggled with my mental health and I wasn’t sure if I had the strength to continue with my round-the-world challenge for the Hospice.

“Only in the last few weeks with the support and encouragement of my family have I realised that I’m still strong and capable and I can finish what I started over three years ago when I first signed up for the 40,000 mile race and a £40,000 challenge.”

Heather, a landscape gardener, will possibly enter the record books for competing in the longest round-the-world race in history.

An event that should have taken 11 months saw some competitors drop out because of the lengthy delay. It is now due to finish almost three years after its start date in September 2019.

Heather, from Disley, said: “It was a difficult decision to consider going back.  During the first lockdown, I only thought I’d be home for two or three months and that was my mind set.

“I was still in the zone then but being stuck at home has been tough mentally and it’s been hard getting my head back into gear thinking about resuming.

“However, I’d kick myself if I didn’t try to finish it. It’s not in my nature not to complete something.”

Heather is meeting other crew members in London this month before attending a refresher course. Her team yacht GoToBermuda has been stuck in Asia since she left.

Heather said: “The plan was to circumnavigate the globe in one go and the long break in the middle is a huge disappointment. I’m nervous I’ve forgotten what to do.”

Heather has already raised more than £29,000 for the Hospice’s Hospice @Home service. “I’ve been stuck around that mark for a while but I’m determined to meet my target.” 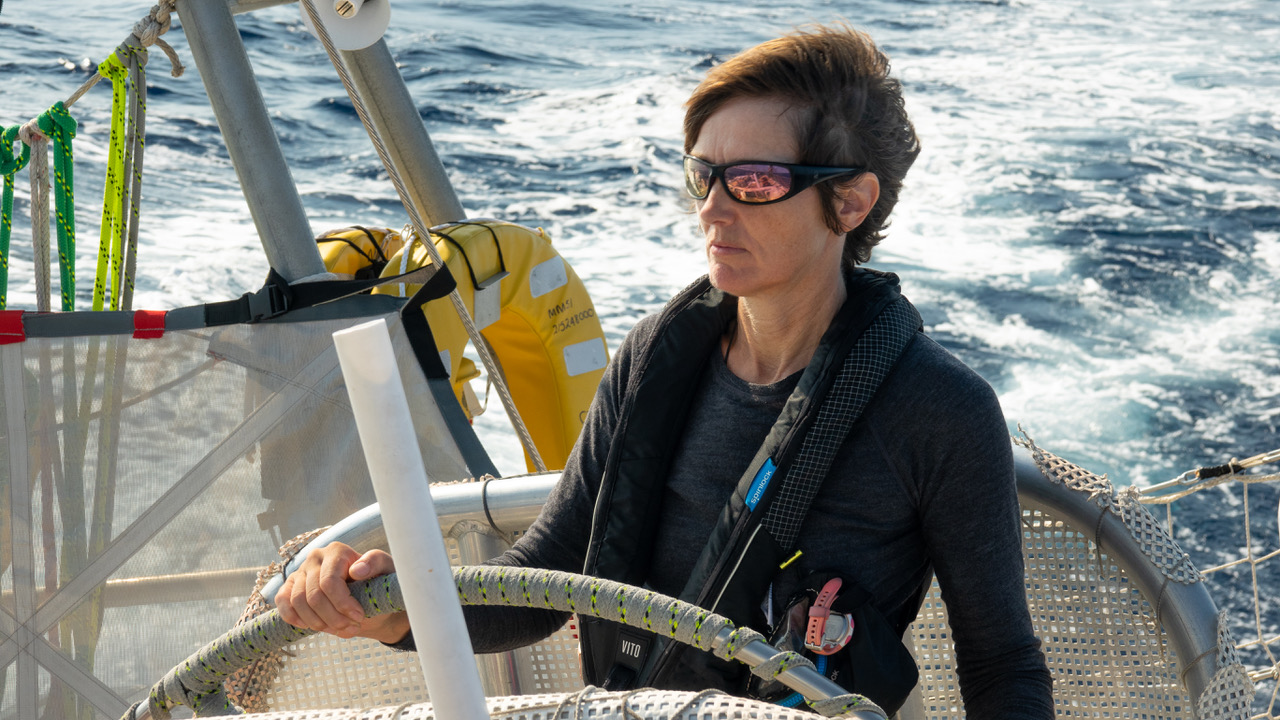 Heather Broadbent on her voyage.