It was the end of an era when Edna Keefe retired from East Cheshire Hospice after 32 years of loyal service.

Edna’s first job was to clean the Hospice before it even welcomed its first patient, eventually moving on to work in the laundry room.

To mark her retirement, 83-year-old Edna and her family were invited to a special farewell gathering at the Hospice while adhering to social distancing guidelines.

The event was hosted by Will Spinks, Chair of the Trustee Board at the Hospice, and Chief Executive Karyn Johnston, with many of Edna’s colleagues joining the celebrations via Zoom from home where they are working.

Bouquets of sunflowers – the Hospice emblem – were presented to Edna, along with a souvenir book packed with personal tributes from colleagues. 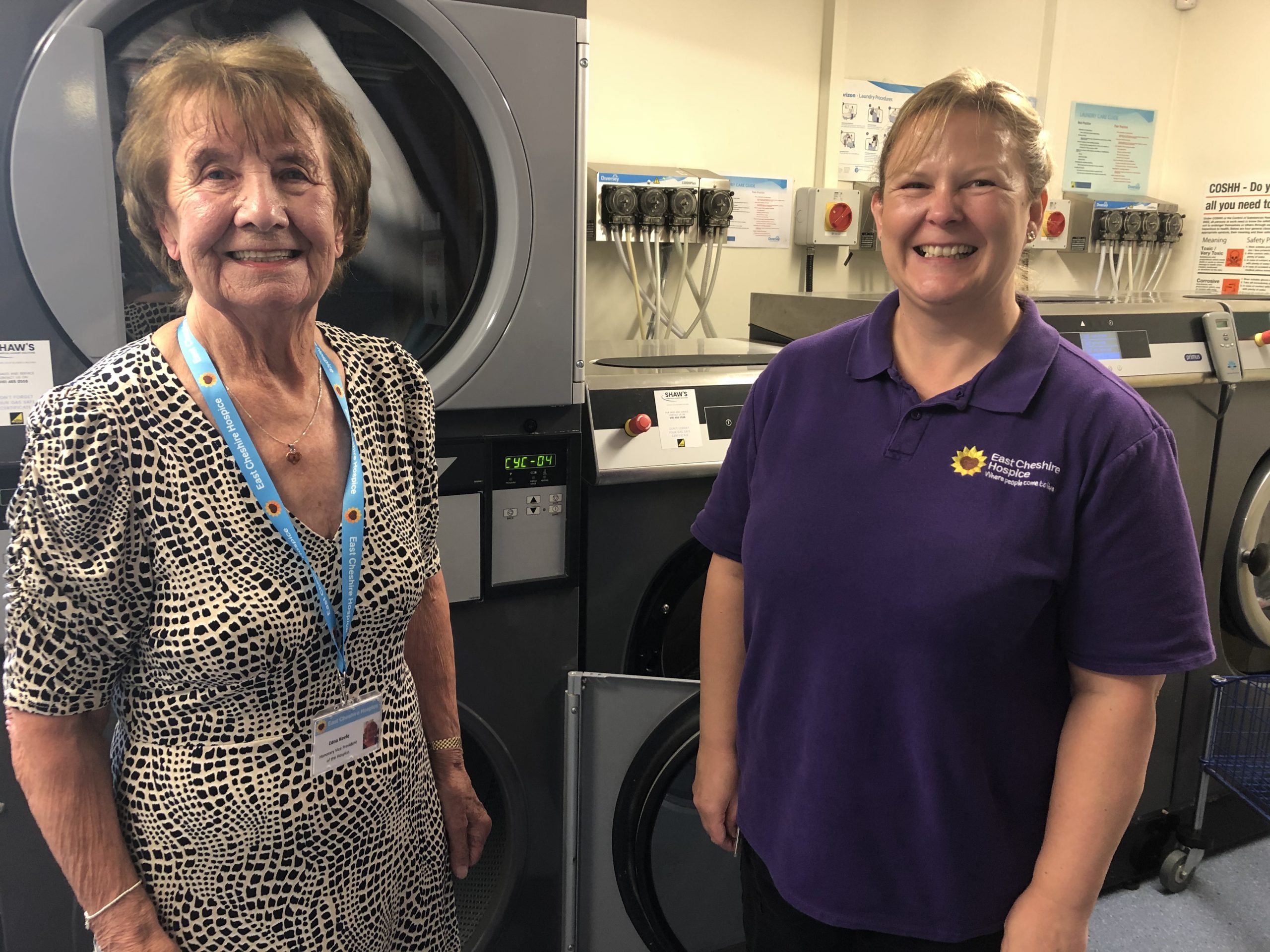 Edna spent 17 years as a domestic at Macclesfield District General Hospital before taking up a similar role at the Hospice two weeks before it opened in 1988.

The hospital matron became the sister at the Hospice and Edna joined her so she could prepare the building for the arrival of patients.

Edna said: “I’ve seen lots of changes at the Hospice over the last 32 years and can still remember the first patient who made flower embroideries for display in the chapel.

“The staff have been so lovely and so caring and were always there to help if I needed anything. I want to thank them all for their friendship and for this special send-off.

“It’s not the job that you do, but the people you work with who make it and they’ve been fantastic.

“I’ll miss them all, though I won’t miss going to work on dark mornings in the winter.

“I’d also like to thank the Hospice for my retirement gift of a pearl necklace and earrings.”

Edna, who has seven grandchildren and five great grandchildren, now has more time to spend with her family and she also enjoys walking. 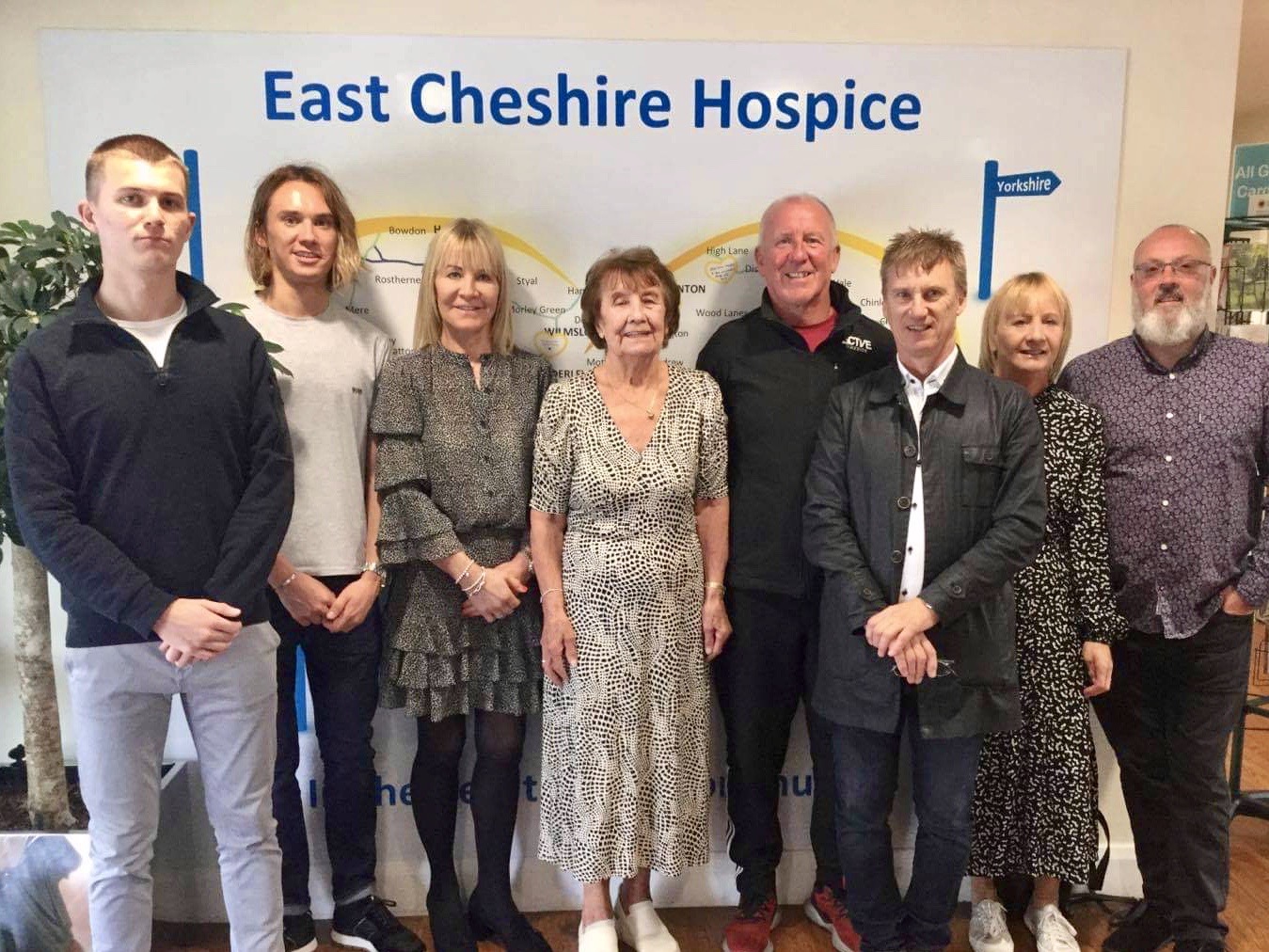