The organisers of Art Fair Cheshire have reluctantly taken the decision to postpone the event until May 2022. The biennial art fair takes place at Macclesfield Town Hall in support of East Cheshire Hospice. The decision has been taken because of the on-going uncertainty around the coronavirus pandemic. The popular event had been scheduled to start at the end of September.

Co-chair Georgie Johnson said: “We’re disappointed to have to postpone the event but strict limits on numbers allowed in the Town Hall, along with rising Covid cases, means that we felt we had no choice. “We’ve had such generous support from sponsors this year and rather than risk that funding if the event were cancelled at the last minute, we’ve decided to re-book the event for May 26 until June 5 next year. “All of our participating artists are on board to take part again and we look forward to seeing everyone then.” 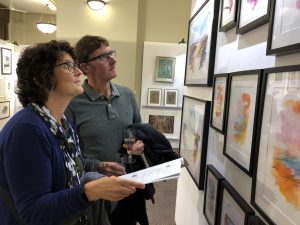 Art Fair Cheshire involves more than 80 artists, each of whom donates 40 per cent of the sales of their work to the Hospice. The event has been running for 22 years and is proud to support artists from all over the north west. The next event will feature a new gallery of emerging and recently-graduated artists as well as many artists from across the region and beyond. Local primary schools are also involved and have been busy designing sunflowers, which feature on the Hospice logo. These will be displayed as a huge wall of celebratory flowers when the event opens next year. 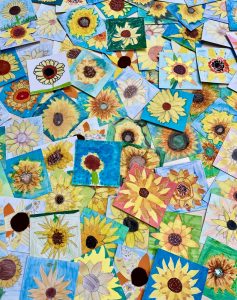 Two years ago the event raised £45,000 to provide funds for the Hospice’s art therapy unit. It has donated around £300,000 to the Hospice since 1999. To sign up to the Art Fair Cheshire newsletter, or for more information about events, talks and artists, visit www.artfaircheshire.org.uk. It is the latest fundraising event in aid of the Hospice to be delayed by the Covid crisis. The Hospice has already put back its Memory Miles walk at Adlington Hall from late August until Friday, March 25. 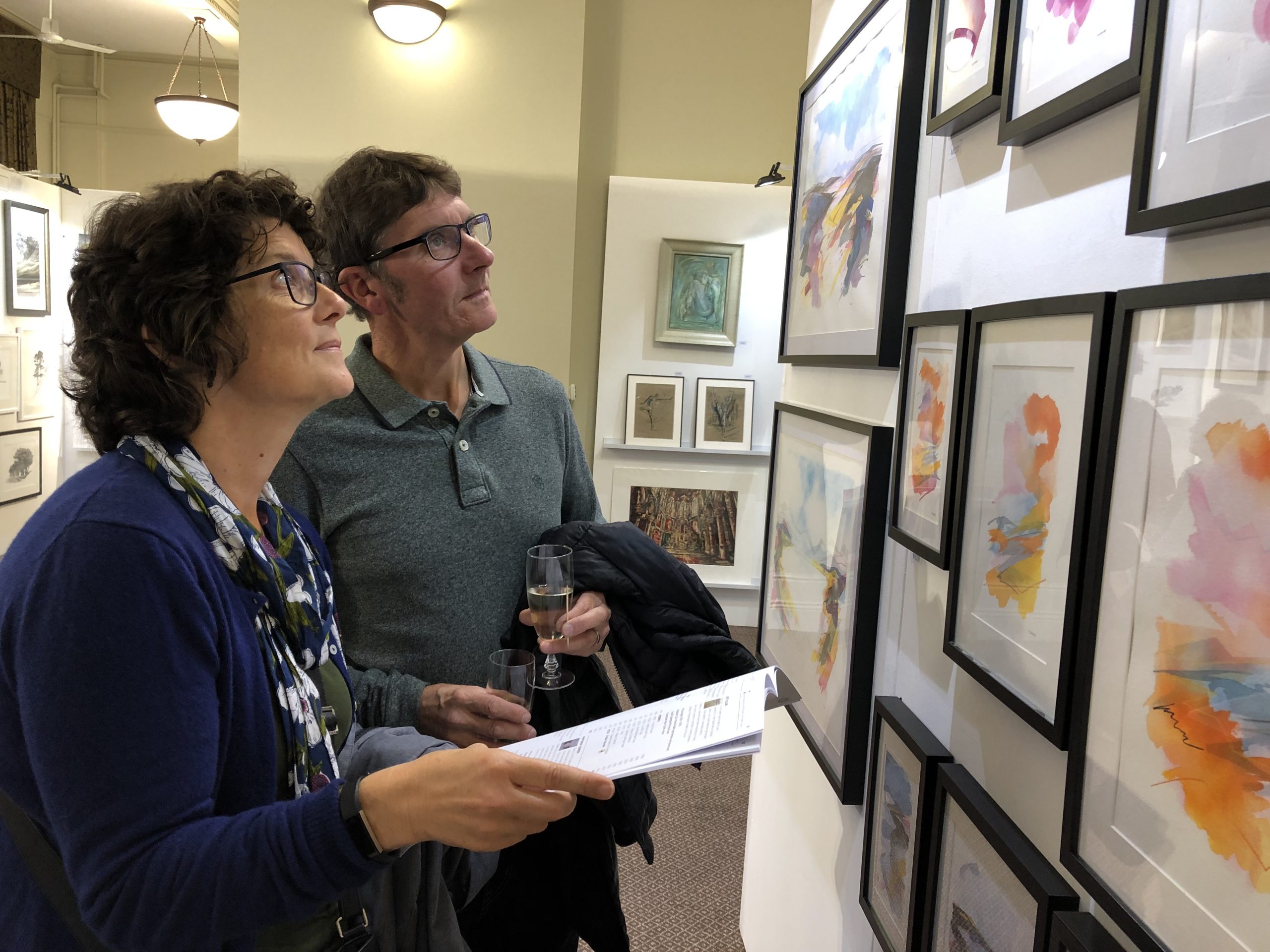 The biennial event will take place at Macclesfield Town Hall from Thursday, September 23, until Sunday, October 3.

Organisers are dedicating specific gallery space to artists who may have recently graduated from creative degrees.

The move is an opportunity for the next generation of artists to exhibit work, reach a wide audience, make sales and gain recognition.

Each exhibiting artist donates a percentage from the sale of their work to East Cheshire Hospice.

Two years ago the event raised £45,000 to provide funds for the Hospice’s art therapy unit. It also attracted record sponsorship with organisers now aiming to build on that success.

Art Fair Cheshire – showcasing work by more than 80 local and regional artists – has donated around £300,000 to the Hospice since 1999.

Co-chair Georgie Johnson said:  “In addition to our fantastic exhibition, we’ll have a pop-up cafe, artist talks as well as lively debates with experienced gallery guides.

“For the first time, we’ll be hosting a gallery of newly-graduated and emerging artists. We’re keen to support artists who might not have exhibited before and look forward to showcasing their work.

“We love working with artists, makers and creators to develop a truly unique event which not only showcases art, but celebrates community and giving.  We invite people to join us and support East Cheshire Hospice and discover some wonderful art while they do so.” 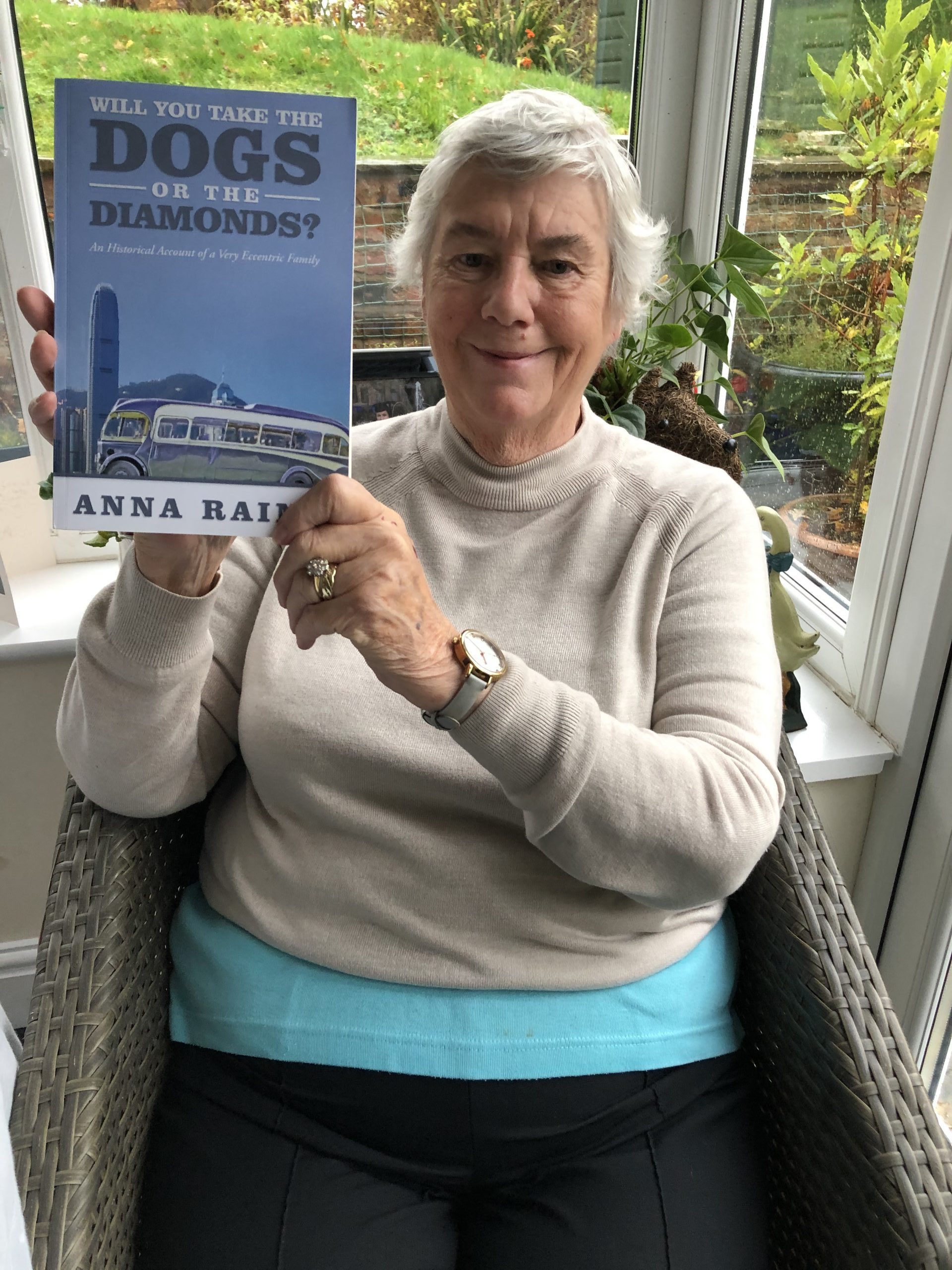 Grandmother Anna Rains has moved home an incredible 46 times, living on boats, a converted bus, in a caravan and a haunted Cheshire farmhouse.

Her nomadic lifestyle is long gone and she is a permanent fixture at Art Fair Cheshire which she set up in 1998.

Anna was chair of the Hospice 10th Anniversary Fundraising Appeal to build the Sunflower Centre. Her team raised £300,000 and one of her ideas was to hold an Art Exhibition.

A signed print of a painting by HRH Prince Charles fetched £3,000 at auction at that first Fair. Overall, nearly £400,000 has been donated to the Hospice.

Anna said: “I’ve moved into the background now and love talking to the artists.  A new generation have taken over successfully and I’ve spent a lot of money over the years on artwork.

“With dedicated helpers, I’ve made thousands of canapes since the first exhibition.  We handed out about 1,500, which flew off the plates, at the last Art Fair.”

Anna has lived locally since 1983 and still helps the biennial exhibitions.

She has seen tremendous changes and professional advancements.  “I’ve always enjoyed art, especially traditional work, but I’m a better writer than an artist.”

She wrote a book entitled Will You Take the Dogs or the Diamonds? chronicling her life and family history.  The title was inspired by a remark between her grandparents before a long train journey. 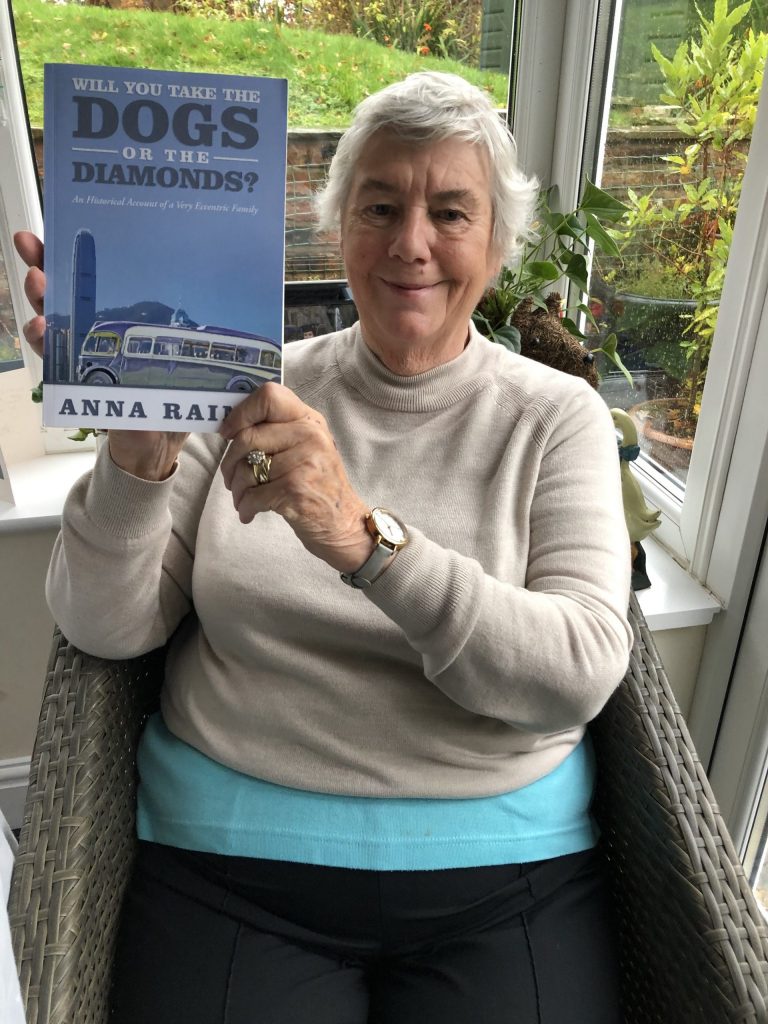 Anna Rains with the book about her life.

“The book is about my mad family.  My mother was pretty eccentric.  She sent me off with a one-way ticket to Hong Kong, waving goodbye and telling me to go and see the world.  I was 19 then.

“Born in London, we moved to Wales when I was three weeks old to escape the War and moved into a remote cottage without sanitation, running water or electricity.  Wishing to travel to Sussex, my parents bought a bus.  I was four and we were moved on by the police because we weren’t bona fide showmen.

“Joining a funfair and a circus sorted that and we put posters up at night on other people’s properties.”

In 1969, Anna moved to California at the height of hippies and flower power. “My life hasn’t always been easy – but it has been interesting,” said Anna, who was convinced she shared one of her homes with a ghost. 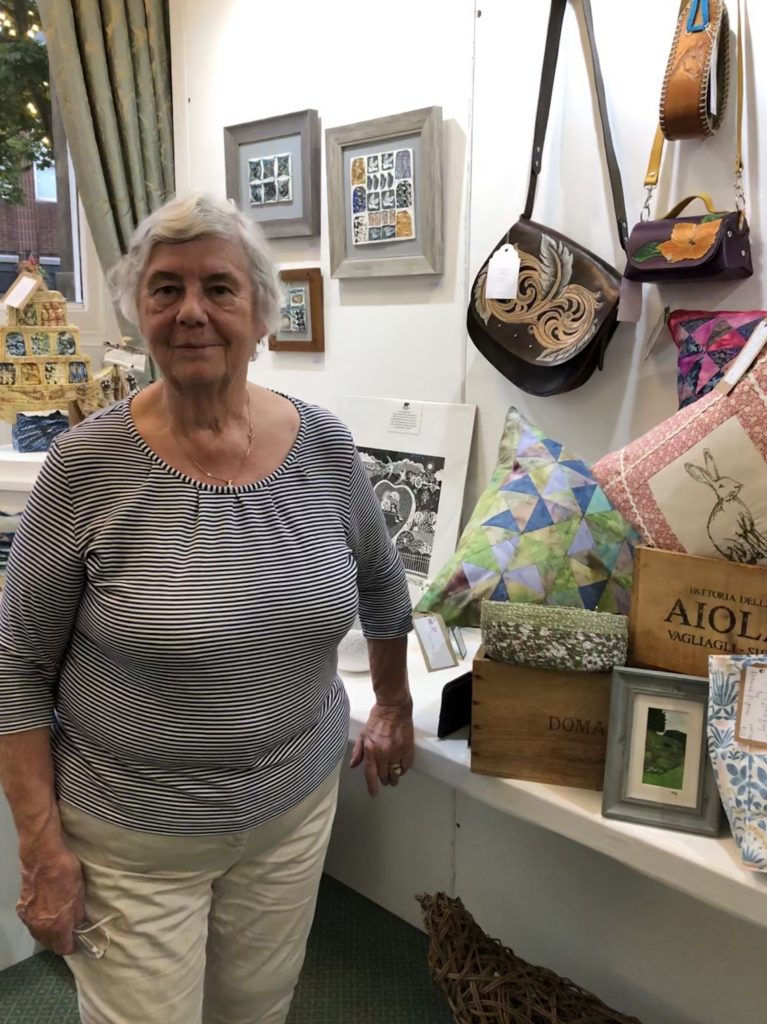 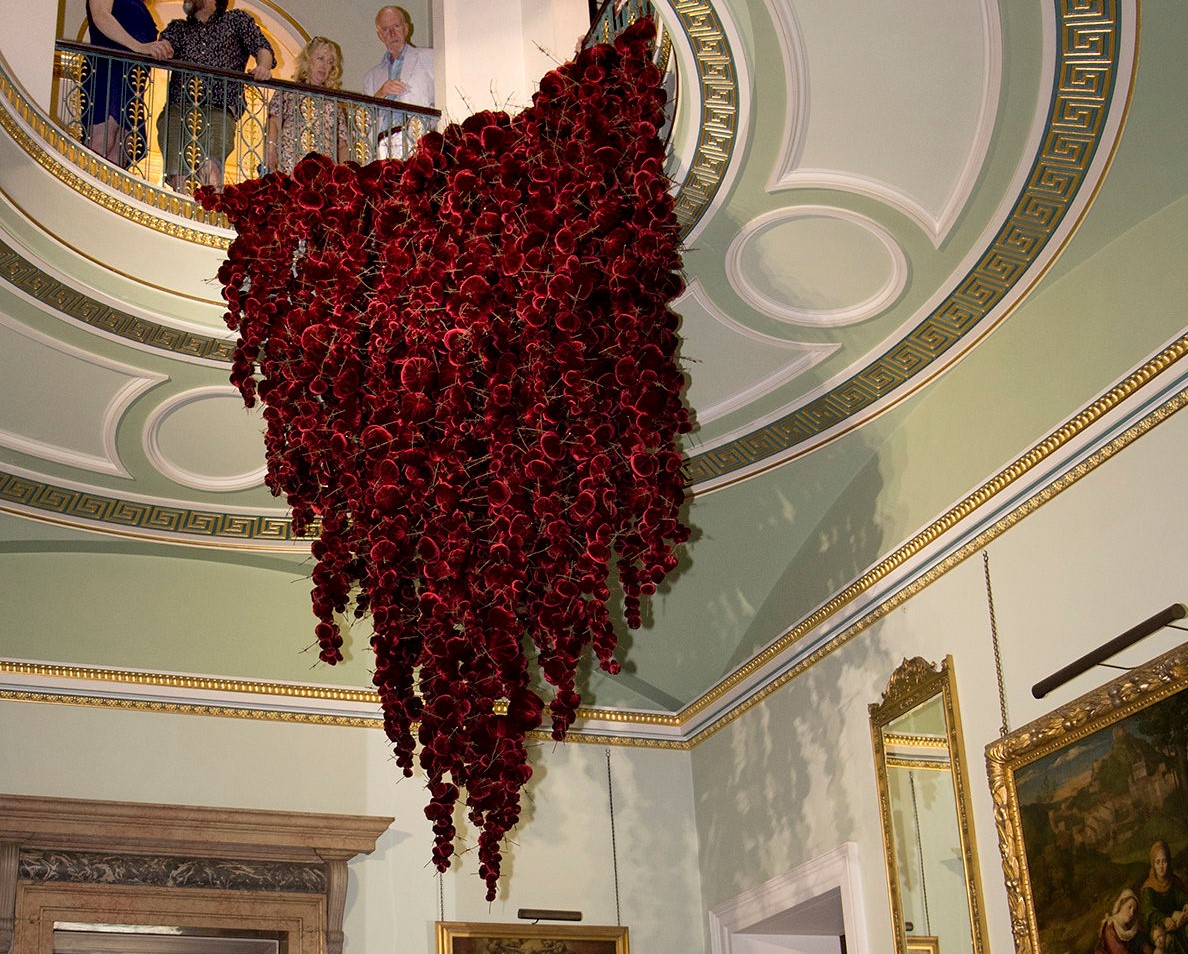 Forget a red rose for your loved one on Valentine’s Day. Instead, buy a red velvet decoration which will last forever.

East Cheshire Hospice is selling the final pieces of Gathering, a unique installation which was on display at Tatton Park last year.

Demand for the item has already been high with the striking designs adorning many homes and offices.

The hope is that with romance in the air on February 14 it will persuade more people to take up the offer and at the same time treasure memories.

The art work was created by international artist Susie MacMurray as part of Art Fair 2019. She said: “The rich red colour symbolises the body and its preciousness and the barbed wire isn’t about conflict but facing difficulty and struggle.

” The making of this work reflects the whole idea of the piece which is a gathering of people to support each other and treasure memories.”

Individual elements cost £30 with larger arrangements also available. All proceeds support patient care. Elements can be bought from the Hospice on 01625 665692 or via www.gatheringattatton.com/store

“People have been purchasing them because they love the design and the elements are more than just decoration. They have a meaning behind them and provide funds to the Hospice.”

Small sculptures are £500; large sculpture £1,500 and a painted watercolour of Gathering is £225. Each is signed and numbered by the artist. 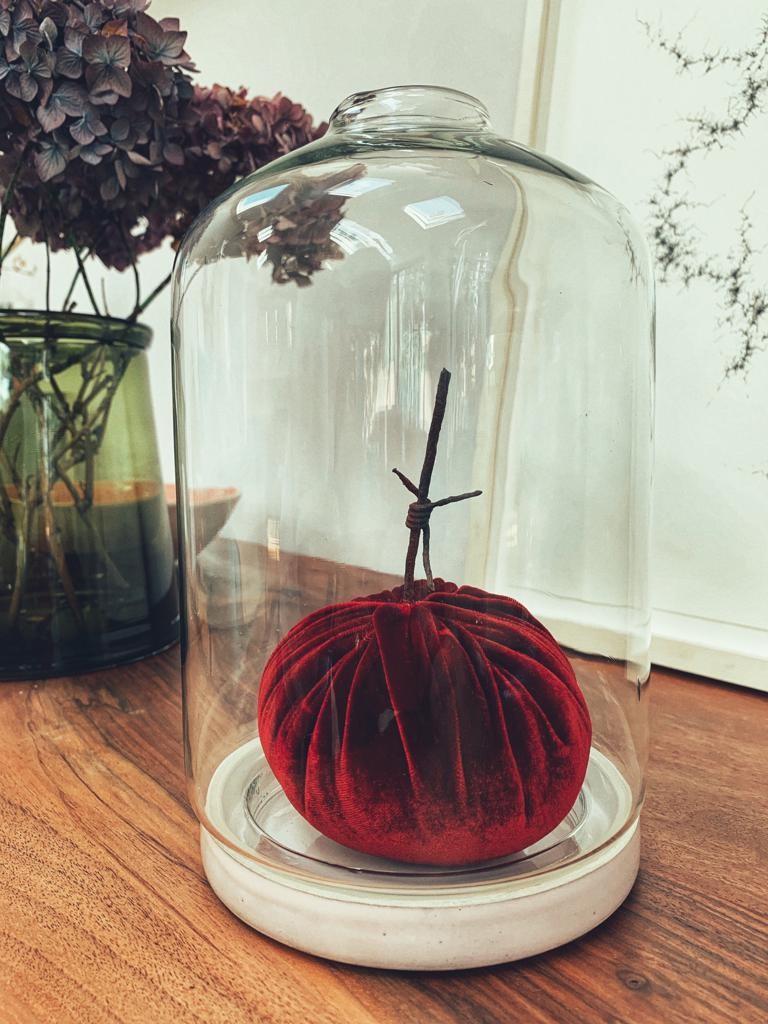 Gathering in a decorative display. 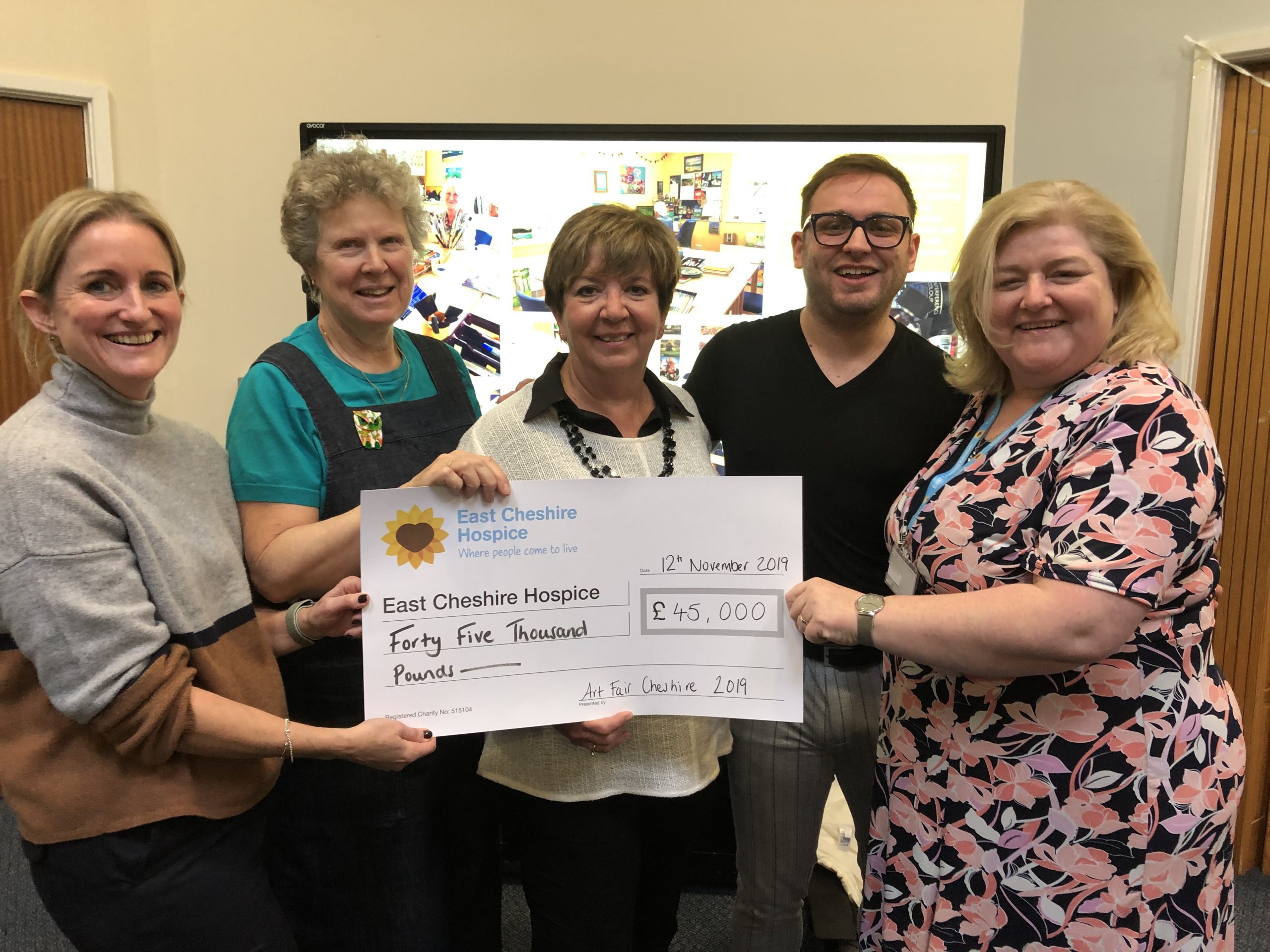 Art Fair Cheshire raised a bumper £45,000 for East Cheshire Hospice as it celebrated its 20th anniversary in style.

The biennial event enjoyed a record year of sponsorship and the donation will fund the charity’s art therapy unit.

The Hospice, which held an afternoon tea to thank organisers and volunteers, has received around £400,000 from Art Fair Cheshire in the last two decades.

Hospice Director Karyn Johnston said: “We’re so grateful to everyone who helped make the event such an outstanding success. It’s an amazing donation and represents a huge amount of care for our art psychotherapy service.”

The Art Fair Cheshire committee adopted a new look for the autumn 2019 edition at Macclesfield Town Hall, a move that paid off handsomely.

Co-chair Georgie Johnson said:  “Art Fair Cheshire went in a new direction this year with a fresh look and feel and we’re really pleased how it went.

“It was extremely well attended and we couldn’t have run it without help from more than 70 volunteers. We want to thank them all and everyone else who contributed in so many different ways.”

Each participating artist donated a minimum of 40 per cent of every sale to the Hospice with more than 80 artists and crafts experts exhibiting work.

Co-chair Steven Dalton said: “Gathering was a huge success and we’re grateful for the massive support from volunteers. Lots of people have bought souvenir elements of the installation and all proceeds go directly to the Hospice.”

Elements available in unique editions can be bought until March 2020 via www.gatheringattatton.com. 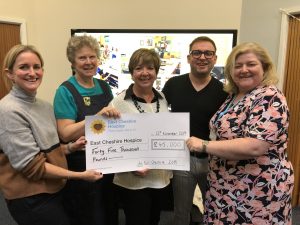 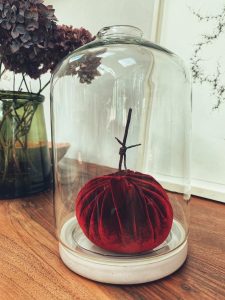