Footballers and celebrities have received a plea for help from a prominent supporter of East Cheshire Hospice. 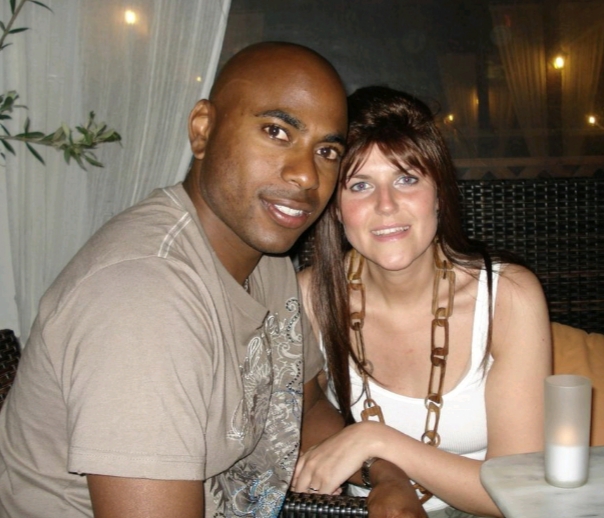 Carl Lamptey and wife  Sarah who was a patient at East Cheshire Hospice in 2014.

He has spoken from the heart after his Team Rainbow raised £54,000 for the Hospice where his wife Sarah died of breast cancer six years ago, aged 36.

Carl said: “I’m challenging footballers and celebrities and the super rich who live in East Cheshire to do an amazing act of kindness and club together to raise £1m.

“That’s how much income the Hospice will lose in the next few months because all its fundraising events are being cancelled.

“East Cheshire is an affluent part of the country and we need everybody to help. I’m not saying all footballers and celebrities have bucket loads of money but the majority have and I’m asking them to undertake this challenge.

“They’ve been doing things like the toilet roll challenge on social media and this is the perfect opportunity for them to help.”

“The Hospice were brilliant with Sarah. They got her involved as an ambassador and gave her an extra six months with us. I’ll do anything for the Hospice and the community are donating, even though we all have little money. ”

East Cheshire is the second lowest government funded hospice in the country and needs to raise 85 per cent of its income to provide free care for patients with life-limiting illnesses.