Sisters-in-laws Abi Lowe and Kyla Eyre have joined forces in a fitness drive to raise funds for East Cheshire Hospice.

The pair are honouring the memory of Abi’s oldest sister Christabel who died of cancer in the Hospice in 2012, aged 27.

The care she received inspired them to sign up to the Hospice’s health initiative Lbs 4 £s.

The Hospice requires £7,500 a day to keep going and provides its services free of charge.

Abi, from Macclesfield, said: “It’s mind blowing that only 17 per cent of funds comes from the government and the Hospice has to rely on the community for the rest of its income.

“When we read that fact we thought it was absolutely crazy so we wanted to make sure we gave something back after they were so amazing with Christabel.

“The hospice provided above and beyond care for her and ensured she had everything she needed, as well as supporting our family during an unbelievably tough time.

“It’s ridiculous that government funding is so low for such a crucial thing. I know so many people in the Cheshire area use the Hospice, or have been touched by it in some way.” 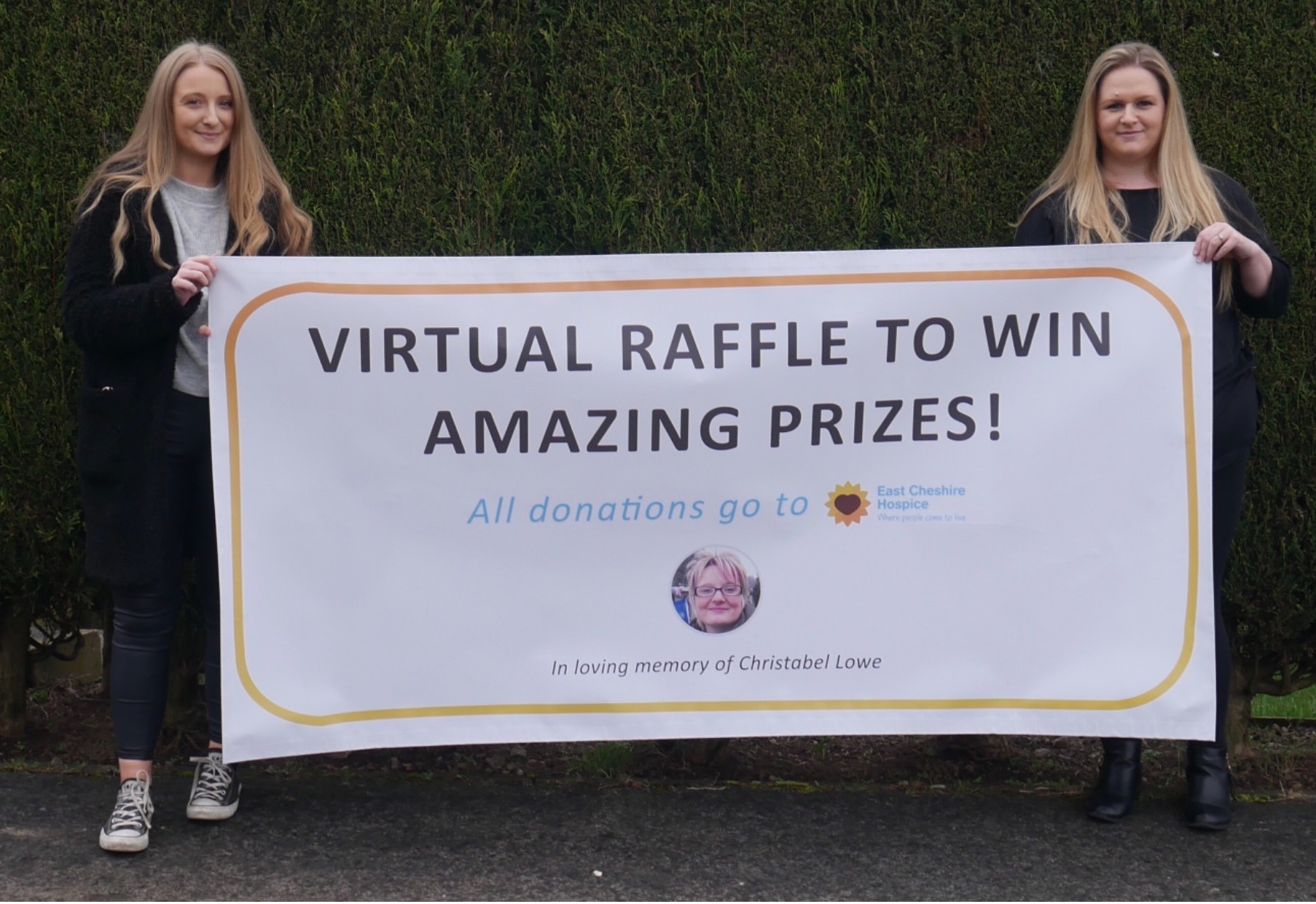 Abi Lowe (left) and Kyla Eyre who are aiming to raise £2,000 for East Cheshire Hospice.

The pair are on course to raise £2,000 before the end of March when the 12-week fitness and well-being programme ends.

Alongside their healthy lifestyle changes, they have organised a virtual raffle in which small local  businesses have generously donated prizes such as hot tub hire, beauty treatments, restaurant vouchers, lockdown birthday celebrations and alcohol packages.

Kyla said: “We’re grateful for all the help and everyone has been so generous – both the local companies who’ve donated products and services and those who’ve bought raffle tickets. We’re blown away by the community spirit and generosity.

“I’ve already lost a stone in weight, helped by healthy eating and online work outs such as yoga sessions. Friends and family have spurred us on for encouragement.

“It’s amazing knowing you’re helping such a worthy cause while helping yourself.”

* To get involved visit www.facebook.com/virtualraffleECH