A quiz group have raised more than £30,000 on behalf of East Cheshire Hospice since they asked their first question six years ago.

The latest contest at Marlborough Primary School saw Doug the Rug and Friends come out on top, enjoying a narrow victory over perennial winners Ageing Athletes, previously known as The Magnificent Seven.

The organisers, including Alison Brammer, Nik Kalka and question masters Paul Morrissey and Mark Watson, raised £2,021 on the night.

The quiz is held three times a year and Storm Brewing once again donated the beer. Owner Dave Stebbings and now retired partner Hugh Thompson have been loyal supporters.

Nik, who organises the bar, said: “The quiz nights are a regular fixture in the fundraising calendar for the Hospice and we had another great turn out.

“We’d all like to thank Julie Mierzejewski and the team at Marlborough School who let us use the hall for free, Storm Brewing for the generous donation of beer, the Hospice staff and volunteers for helping with organisation and Neil Drummond for running the stand-up bingo each time.

“All those who’ve attended the quizzes over the last few years also deserve thanks, along with donors of raffle prizes.” 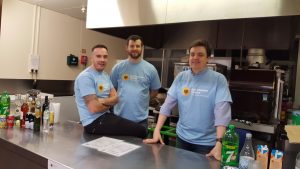 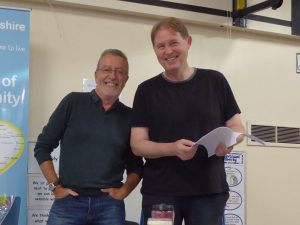 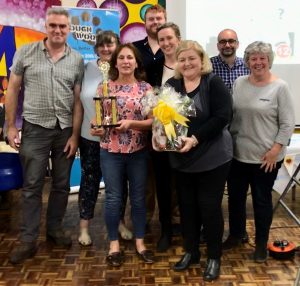