The new corporate fundraiser at East Cheshire Hospice is Chrissie Hunter who joined the charity sector 13 years ago after quitting the banking world.

She replaces Kate Bowmar who is leaving after three years in the job to start an NHS management career.

Chrissie is excited by the challenge of working with the Cheshire business community to raise funds for the Hospice.

She said: “I’ve got some big shoes to fill, but I’m very much looking forward to it and getting out and meeting people in the area.

“It’s about being out there in front of people more than anything else and helping to grow the reputation of the Hospice within the area as a corporate partner.

“Corporate fundraising is imperative for a charity. The business sector is a big pool which means there’s a lot of people to talk to. You can be talking to a boss of somewhere and all of a sudden they have 500 staff who’re involved.

“The Hospice is a fantastic facility and one of the things that stands out for me is that it’s not based on any specific life-limiting condition. It’s here for everyone in the community who needs it.”

Chrissie, whose son Seb was born in Macclesfield, changed careers after visiting a hospice during her job in commercial banking with RBS.

She said: “I looked after businesses which turned over £1m to £25m and, like everybody else, was blinkered thinking it was a job for life.

“I did a tour of a local children’s hospice because they wanted corporate fundraising and in my banking bubble didn’t even realise these places existed.

“It changed my life. I walked out and thought I was in the wrong job.

“I hounded until I was given a job as a corporate fundraiser and have been working in fundraising ever since.”

Apart from the hospice sector, Chrissie also worked at a centre for children with special needs and a domestic abuse charity.

Kate said: “I’ve loved fundraising for the hospice – it’s been amazing. I didn’t think I’d be going into an NHS management career, but the opportunity came up and I couldn’t really say no.

“I want to thank everyone from the business community who supports the Hospice. Corporate fundraising brings in significant sums of revenue and we’ve excellent relationships with the local community.” 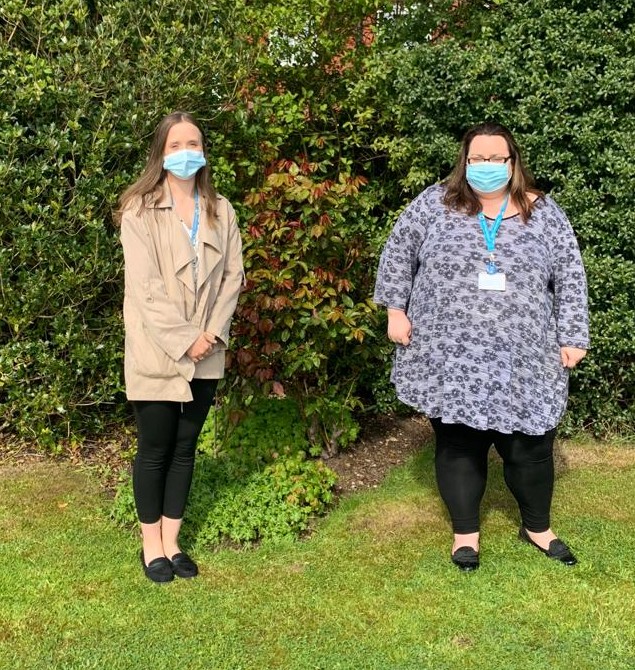 Kate Bowmar (left) and Chrissie Hunter who is the new corporate fundraiser at East Cheshire Hospice.